Portland State Dresses Only 9 Players in Loss to Montana 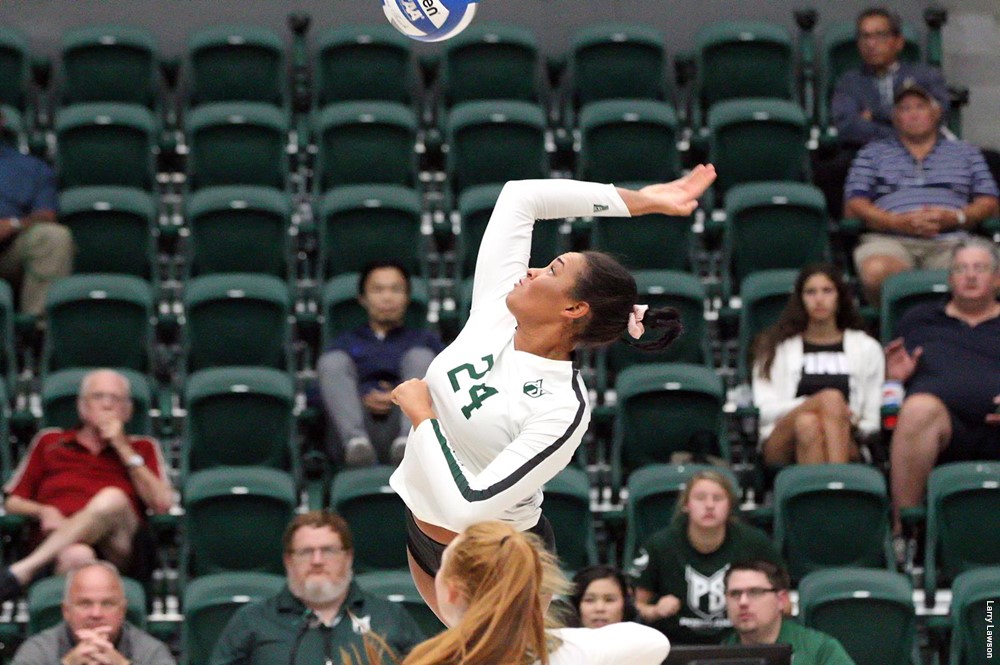 Middle blocker Whitney Turner (7-for-9, 0 errors) continues to play well for a Portland State team that has been ravaged by injuries this season. Archive Photo via Portland State Athletics

Unlike their cross-town rivals the Portland Pilots, who suffered their first losses of the season this weekend and sit at 12-2, it’s been a rough start to 2018 for the Portland State Vikings. The team is just 1-13 so far this season, with the win coming 3-0 against Long Beach State a month ago.

The slow start hasn’t been totally-unwarranted though, as the team has been crushed by injuries so far this year, and only had 9 dressed players for Saturday’s 3-0 loss to Montana.

That left the team with just junior Toni McDougald at outside hitter for this weekend’s matches. To try and fill that gap, the team moved senior middle blocker Katy Wilson and sophomore setter Maddy Reeb to the outside, which then left the team with just 2 middle blockers: Timi Severson and Whitney Turner. Turner put up a heroic effort offensively, hitting 7-for-9 with 0 errors and chipping in 2 block assists. Wilson had 8 kills in sliding outside on 39 swings (.077).

A team that went 21-9 last season, with a young core, was expected to be on the upswing this year. Through injuries and transfers, however, 2018 has not begun as well as 2017 ended.