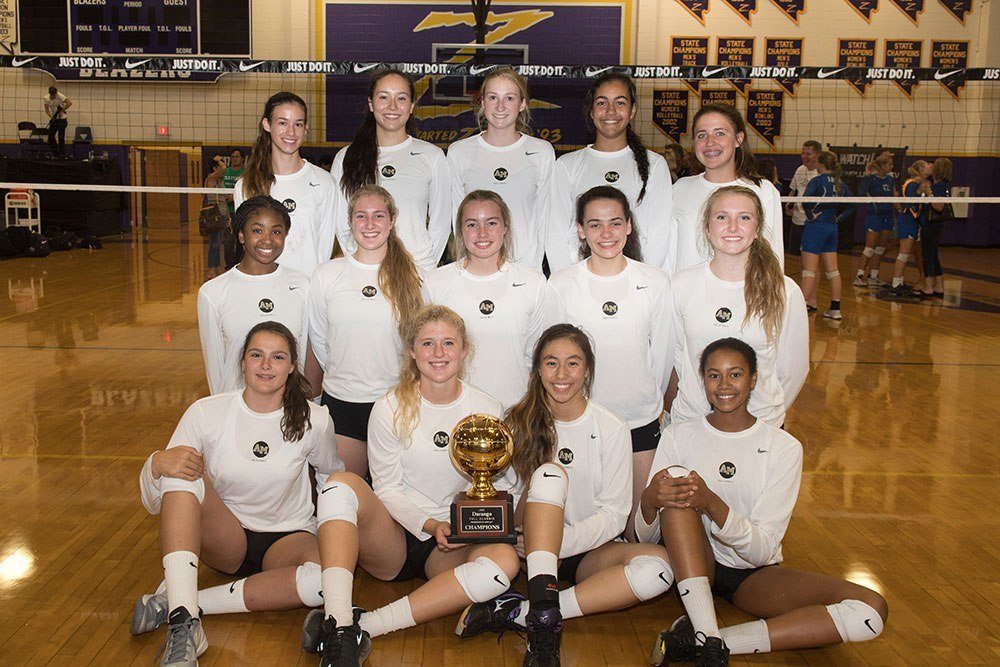 Of the 64 teams entered, Archbishop Mitty (San Jose, CA) was the lone victor in the 2016 Durango Fall Classic. Current Photo via durangofallclassic.com

Over the weekend, the Durango Fall Classic was held in Las Vegas, Nevada, and featured 64 teams from around the country. The Durango Fall Classic has taken place for the last two decades, and is “unquestionably the most prestigious and competitive high school volleyball event anywhere in the country.” It’s referred to as “an early-season national champion tournament.”

The full brackets from the final day of the tournament are available here.

Sixteen players were named to the 2016 All-Tournament Team. The team includes: