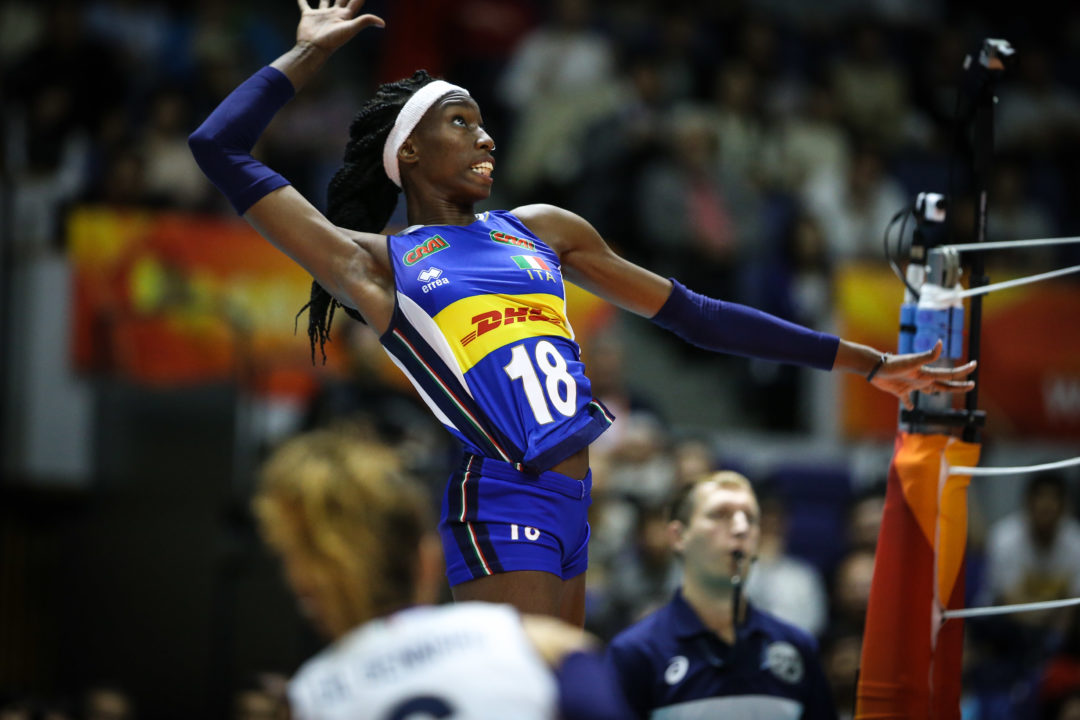 China and Italy will face off in one semi-final. That's a rematch of a 3-1 win by Italy in the opening round of play, where Paola Egonu scored 29 points. Archive Photo via FIVB

The matchups for the semifinals at the 2018 FIVB Women’s Volleyball World Championship are set. Coming into Tuesday’s final matches of the 3rd round of play (aka the “Final 6”), the 4 teams that had advanced to the semi-finals were known. What was still uncertain, however, was which of the 4 nations would play which.

Japan and the US, who finished last in each of their groups in the Final 6, will play on Friday for 5th place.

Italy beat China 3-1 when they faced off in Pool B play in the opening round of the tournament. The Netherlands swept a Serbian team that was both without Tijana Boskovic, and much motivation, to close the 2nd round of play, after Serbia had already clinched its spot in the Final 6.