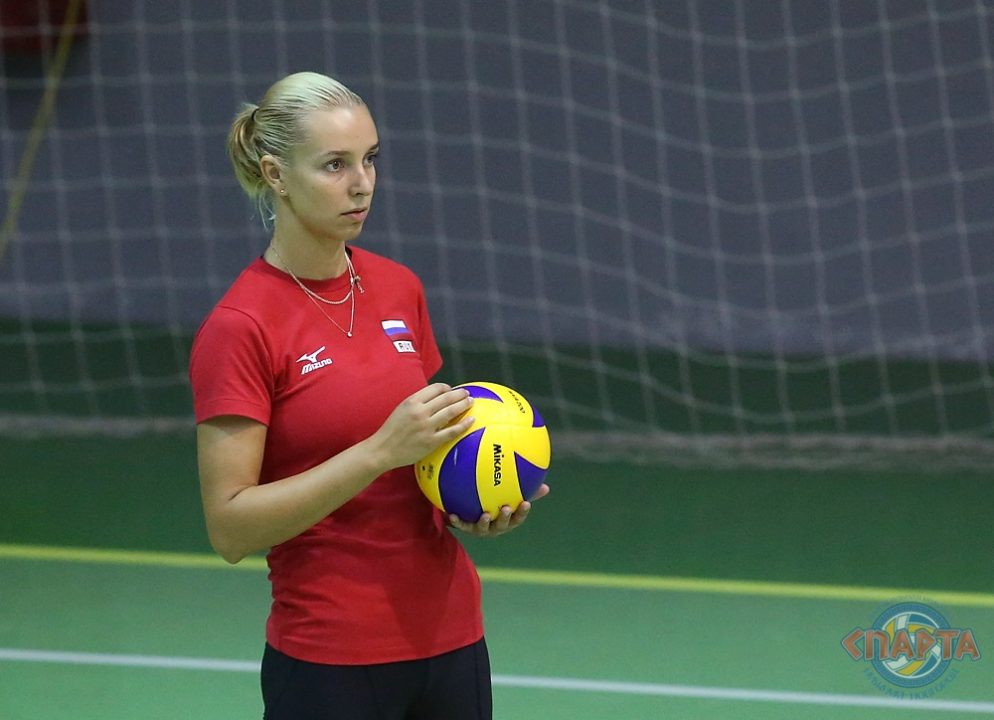 The 31-year-old 6'2" middle blocker is a former Russian national teamer and is best known for her many years of service with Dynamo Kazan and Dynamo Moscow Current Photo via sparta-nn.ru

Russian club Nizhny Novgorod has announced in its official website that Regina Moroz has come out of retirement after less than one year away from the sport to join the club. The 31-year-old 6’2″ middle blocker is a former Russian national teamer and is best known for her many years of service with Dynamo Kazan and Dynamo Moscow. She is a 5x Russian Champion, as well as a Club WCH and Champions League winner.

Here is Regina’s first words as a member of her new team:

‘If You Want to Make God Laugh, Tell Him Your Plans. I missed volleyball a lot, and there were a few other personal reasons. Everything has changed. I had invites from all of Super League’s teams for a return, but I wanted to stay at my hometown. This is why I chose to stay with Novgorod. After talking with the sports director, I decided to sign a one-year contract. While I was away from the sport, I conducted training camps with children. Not a day went by in which I didn’t think of the sport.

The main difficulties now is my fitness. I had a difficult career, so old traumas make themselves felt. I’m not a twenty-year-old girl who instantly recovers and who has no problems, and I immediately warned the club about it. I do not have serious health complications, but sometimes I worry about different things at this stage of my sport life. I will now have to get used to the grinding again.”

At Novgorod, Regina will join a club that is fairly new, founded in 2008. It currently plays in Russia’s second division, which is a far cry from what a player of Regina’s caliber is used to. However, it seems from her reaction she is not worried about money at all and just wants to enjoy the game, while also not having to move out of her hometown. Plus, the fact that Novgorod will constantly play against Russia’s top teams at the Russian Cup may serve to fulfill her competitive needs.