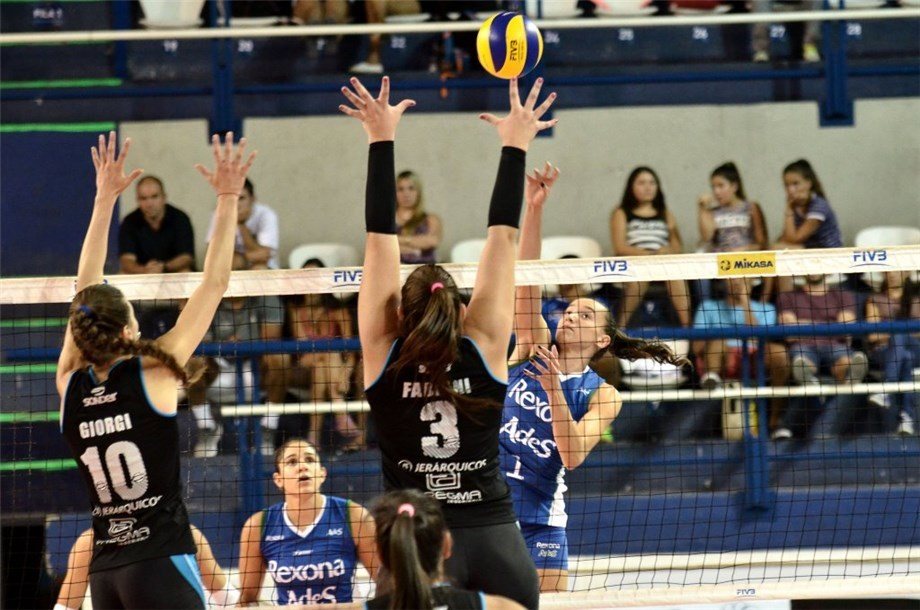 To claim their fourth continental title and a ticket to the Club World that will take place in May is... Current Photo via FIVB

To claim their fourth continental title and a ticket to the Club World that will take place in May is Rexona-Sesc Rio de Janeiro.

Rexona-Sesc took down Praia Clube of Uberlandia in a four set 3-1, (25-19, 20-25, 25-19, 25-10) match for their third consecutive and fourth overall continental title. Rexona-Sesc was led by tournament MVP Gabi Guimaraes and the team’s top scorer Monique Pavao in the final match.

The win over Praia Clube has improved the head-to-head record to 22-0, including the Brazilian Superleague for Rexona-Sesc.

Rexona-Sesc will joing hosts Hisamitsu Springs and reigning Asian Champions NEC Red Rockets in the Club Worlds from May 8-14. Also to join the lineup of team at the tournament will be the 2017 European Champions League winners, with the addition of four wild card picks.

This will be Rexona-Sesc’s fourth overall appearance in the Club World Championships – 2013 Doha (silver), 2015 Zurich (fourth) and 2016 Manila (fifth).

Last year’s silver medalists and reigning Peruvian champions University of San Martin de Porres of Lima took bronze at the tournament defeating Argentine champions Villa Dora for Santa Fe 3-0, (25-20, 31-29, 25-18). The top scorer of the match was Angela Leyva and most outstanding player of the match with 17 points for USMP while Maria Giorgi contributed 11 points for Villa Dora.

Claiming the fifth place position at the tournament was Boca Juniors of Buenos Aires in a 3-1, (20-25, 25-12, 2-18, 25-12) victory over Olympic Cochabamba. The Argentinians were led by Michaela Fabiani with 16 points, but the matches top scorer, with 17 points, was Olympic’s Fernanda Maida.