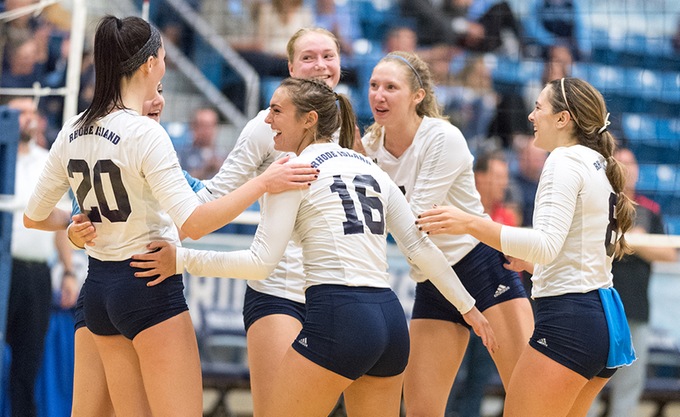 Rhode Island has tacked on a transfer from Memphis to its 2018 roster in Natale Zanellato. Archive Photo via Alan Hubbard/Rhode Island Athletics

Rhode Island has landed an addition to its roster via the transfer market in Natale Zanellato, an outside hitter who was previously at Memphis. Zanellato will be a redshirt sophomore for the 2018 season with the Rams and have three seasons left of play.

A native of Vienna, Virginia, Zanellato attended James Madison High School and played with Metro American program and ICE Elite travel program prior to her stint at Memphis. Her final two years were quite the send-off, as she won back-to-back state championships and had a school record for kills (28) come in the state championship finals as a junior. Additionally she was twice an all-conference pick in addition to several other awards and team victories at both the high school and club level.

The move gives Rhode Island a sixth outside hitter on their 2018 roster that features one senior, one junior, two sophomores and two freshmen.

The Rams season will begin on August 24 against Loyola Marymount in a tournament that also features Hofstra and Temple. They are coming off of a 12-16 campaign in 2017 in which they wound up in fifth place of the Atlantic 10 at 6-8 in league play and 12-16 overall.