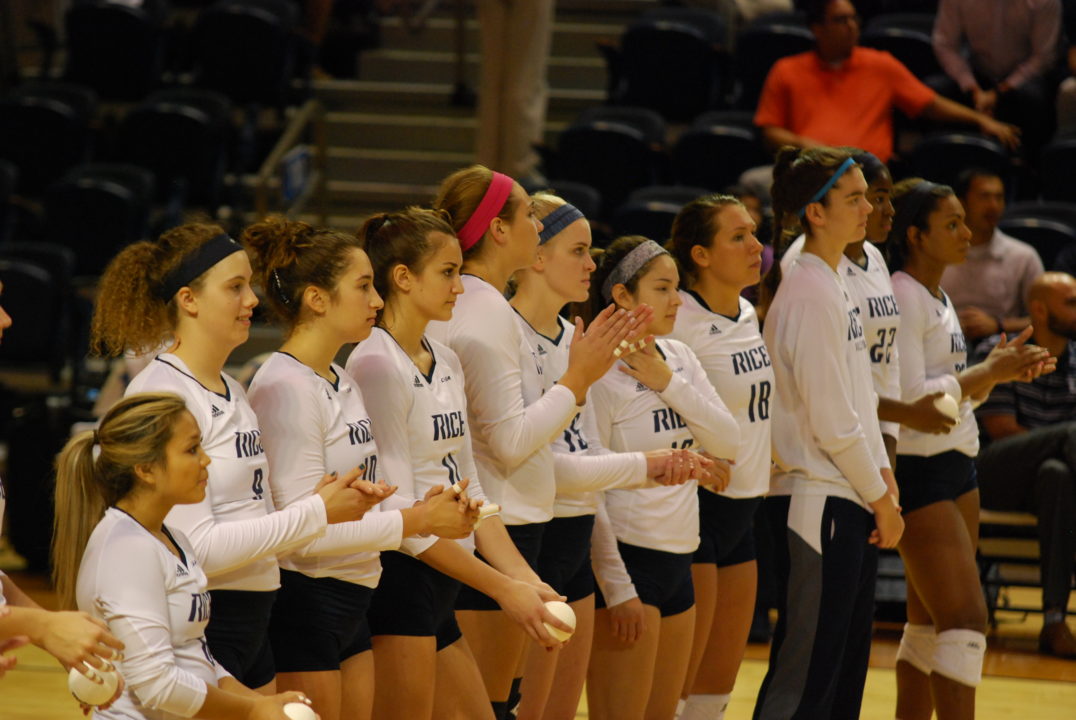 The Rice Owls have had a long 2 weeks of travel, recovery in Houston. Current Photo via Janna Schulze/VolleyMob.com

It’s been a tough few weeks for the Rice University volleyball team, as it has been for most of the city of Houston. After playing a tournament in Boulder, Colorado, the Owls were stuck on the road for 11 days before they were able to return to the flood-stricken city.

This weekend, though, they have regained a small sense of normalcy by resuming normal practice and hosting the annual Rice Adidas Invitational.

After the team’s 4-1 loss on Friday, Rice head coach Genny Volpe took a few minutes to talk with VolleyMob about how her team has handled that distraction, as well as the team’s performance in their game against Cal – where in spite of a 3-1 loss, they had their best blocking performance of the season.

The Rice Owls are now 5-4 on the season. They will wrap competition at the Rice Adidas Invitational on Friday afternoon against Incarnate Word, and will continue a run of 7-straight home games at Tudor Fieldhouse with a single match against Houston Baptist and then the second round of their second Rice Invitational.