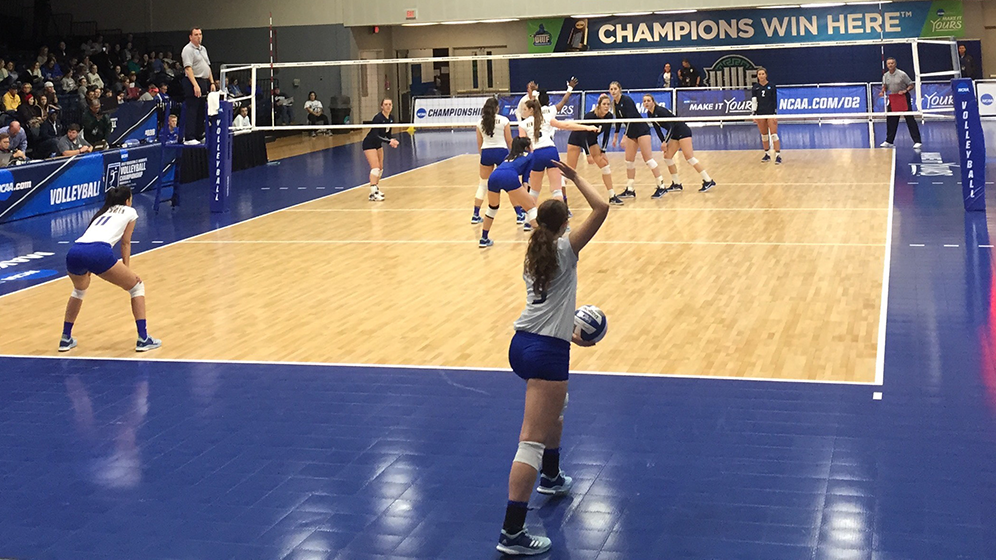 University of New Haven head women’s volleyball coach Robin Salters has been promoted to deputy director of athletics and senior woman administrator, the school announced earlier this month. Her promotion comes in parallel with the hiring of new athletics director Chris Palmer, who spent 25 years as an NFL coach, which includes a 2008 Super Bowl ring.

Palmer was the school’s head football coach from 1986 to 1987, and returns to take over from Duane Bailey. Bailey was named Athletic Director in May of 2017, but left late last year for unannounced reasons.

Salters is a 1991 graduate of the Division II school located in Connecticut. 3 years later, in 1994, she took over as the 2nd head coach in program history, and has amassed a career 650-197 record for a .767 winning percentage. The school has a history of promoting its volleyball coaches – the other head coach in the school’s history, Debbie Chin, the athletics director until February of 2017, had a 578-179 record in 19 years as the school’s head coach and is an American Volleyball Coaches Association (AVCA) Hall of Famer.

Salters’ 650 Division II wins left her ranked 7th among active coaches at the end of last season and 16th all-time.

The team finished 26-8 last season, recovering from a 5-game losing streak to start the season to qualify for the Division II National Championship quarterfinals. There they lost to eventual national champions and #1 Concordia University, St. Paul 0-3. That marked the team’s 14th NCAA Division II East Region Championship and quarterfinal appearance.