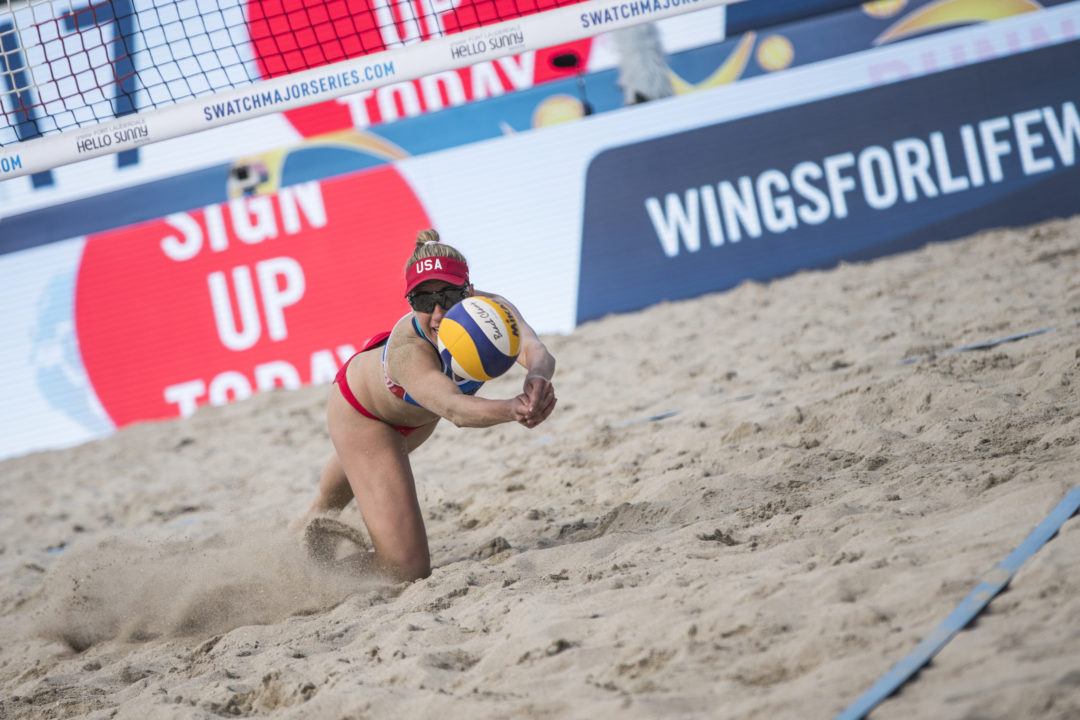 The first day of the 2017 AVP Tour opener has ended with four pairs advancing on to the quarterfinal round.  Current Photo via Samo Vidic/ Swatch Beach Volleyball Major Series/ Red Bull Content Pool

The first day of the women’s side of the 2017 AVP Tour opener in Huntington Beach has ended with three of the four top-ranked teams advancing to the quarterfinals.

Emily Day and Brittany Hochevar rolled to two sweeps today with the #1 seed over Alix Klineman/Jace Pardon and Caitlin Ledoux/Heather McGuire. Day/Hochevar will take on Lane Carico and Lauren Fendrick in the quarterfinals on day two of the competition. Carico/Fendrick strolled through their competition in two-set sweeps today to advance forward in the event.

The #6 seed of Betsi Flint and Kelley Larsen advance to the quarterfinals after taking down the #3 seed of Angela Bensend and Geena Urango 2-0, (21-15, 21-14). Flint and Larsen will meet a tough #2 squad of April Ross and Whitney Pavlik, who destroyed their competition today. Ross is competing with Pavlik due to her now former partner Kerri Walsh Jennings being in a lawsuit with the AVP over unpaid dues. Ross and Walsh Jennings formally announced the end of their dominant partnership today.