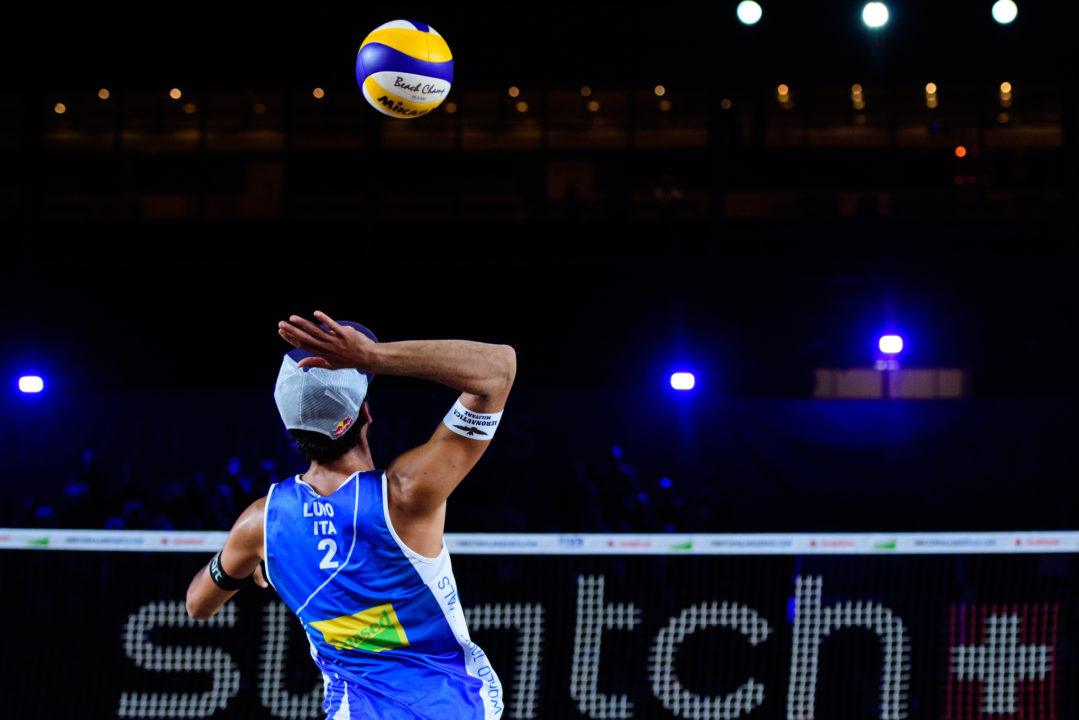 The chase for the World Tour Finals title continued for the men's side of the tournament today, as three teams topped their pools with undefeated records.  Current Photo via FIVB

The chase for the World Tour Finals title continued for the men’s side of the tournament today, as three teams topped their pools with undefeated records.

In Pool A, Phil Dalhausser/Nick Lucena finished their pool play round with a two-set sweep over Austria’s Clemens Doppler and Alexander Horst. Pool B left Evandro Goncalves and Andre Loyola at the top of the pool, despite having lost their first match against Theo Brunner/Casey Patterson, who finished in last place in the pool.

Pool C was led by Poland’s Piotr Kantor and Bartosz Losiak as they ended undefeated. This pool shocked the tournaments #3 seeded Alvaro Filho and Saymon Santos of Brazil as they ended pool play with a 0-2 record. Finally, Italy’s Daniele Lupo and Paolo Nicolai finished atop Pool D with a win over Germany’s Markus Bockermann and Lorenz Schumann.

On day three, the round of 12 will commence, with the not top ranked teams competing once again for their spot in the quarterfinals that will begin on August 26.