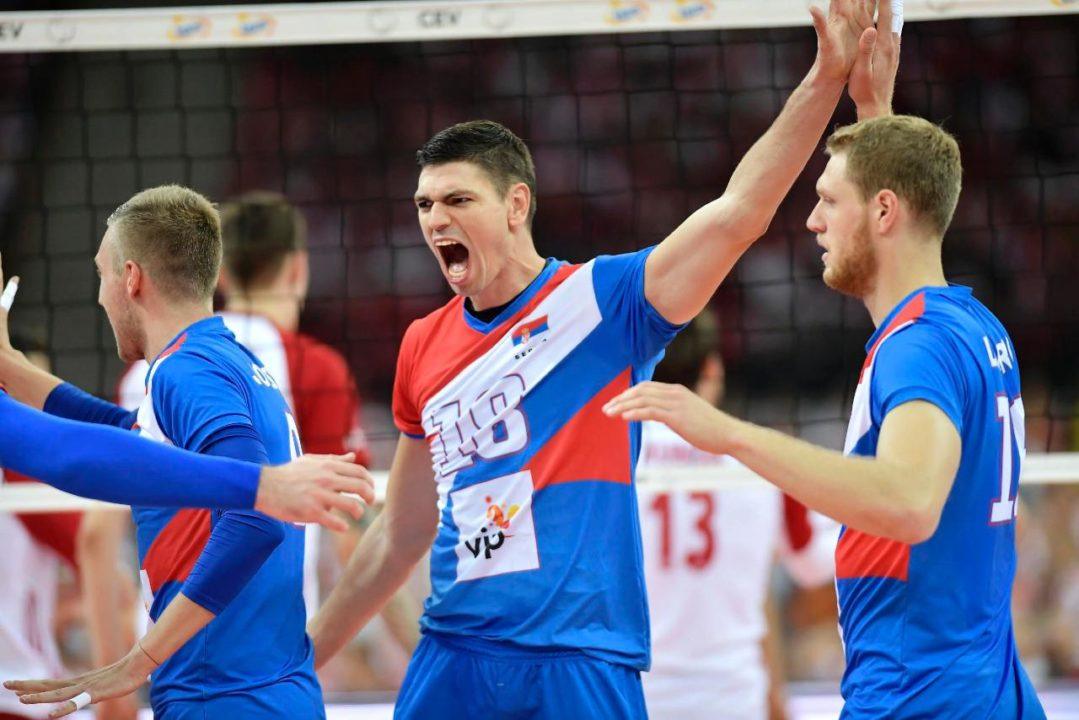 It was a night to remember in Warsaw, Poland, as Serbia stunned the Poles in a three-set match in front of a record-breaking crowd. Current Photo via CEV

It was a night to remember in Warsaw, Poland, as Serbia stunned the Poles in a three-set match in front of a record-breaking crowd. At the PGE National Stadium, Poland had an outstanding turnout for their opening match of the CEV European Championship, a whopping 65,407 fans came out to support the teams.

The night was historic for European volleyball as the sheer number in attendance shows the undying support fans have for their team as well as a growing appreciation for the sport of volleyball. At capacity, the stadium is 58,145 but at the 2014 Men’s Volleyball World Championships it drew a crowd of 61,500 spectators. Since then, the stadium has added an additional 8,000 in seating, pushing the capacity to 70,000.

To open up the night, it was a thrilling show as the crowd sang the Polish national anthem a cappella to show off the abundance of people in attendance. The crowd, however, was not enough to help the Poles to a victory, as they led early in the first two sets, but were unable to keep their focus, and were unable to build any sort of momentum going into the third.

Up next, Pool A will move to Gdansk, Poland to finish up pool play with matches occurring in the pool every other day.