Russia Wins The CEV U20 EuroVolley Championship For The 19th Time 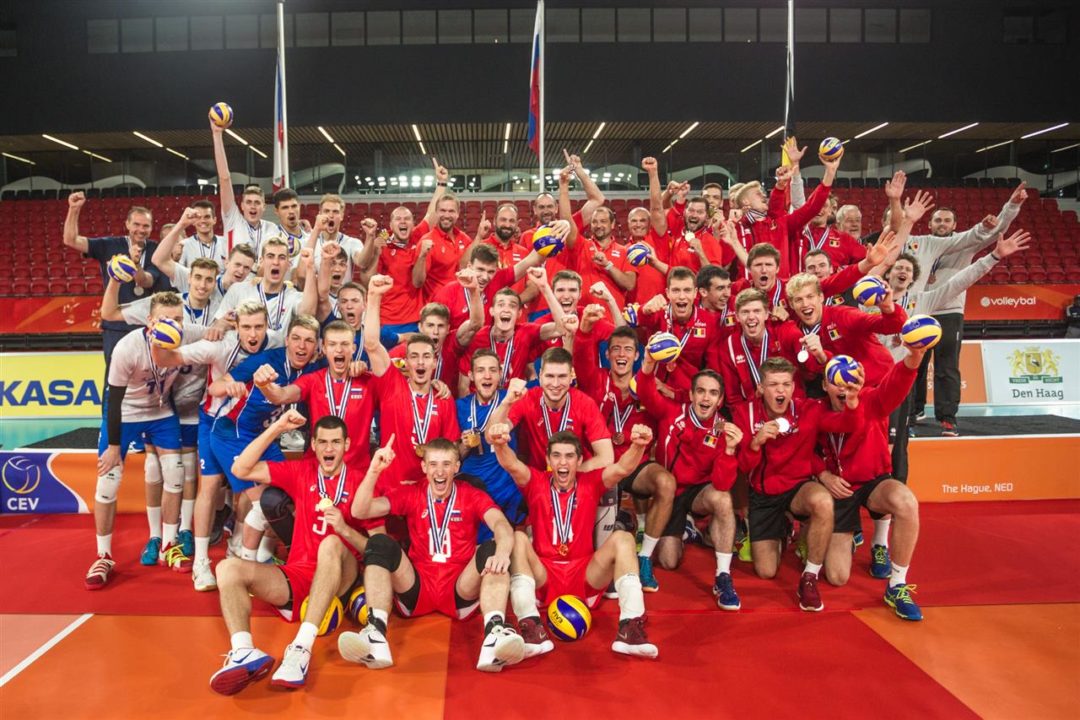 After a nail-bitter 5-set finish (5-18, 13-25, 25-21, 18-25, 16-18) against the Czech Republic, Russia was crowned with the title at the 2018 CEV U20 Volleyball European Championship for the 19th time in its history (when including titles won by the USSR an CIS). Maxim Sapozhkov scored 22 times for Russia to top the charts of the match. Marek Sotola managed to string 20 on the other side of the net. For Czech Republic (also as Czechoslovakia) this is the fourth silver medal it has won in this championship. Belgium earned the last spot on the podium by beating hosts Netherlands.

Russian setter and captain Konstantin Abaev was honored as the Most Valuable Player of the competition. He currently plays in France for Poitiers, but with the performance shown in this tournament, fans should expect to see him make his move to either Russia or Italy soon.

As is becoming a trend in recent European youth competitions, countries like the Czech Republic, Belgium, and The Netherlands are finishing very well, while known volleyball powers like Poland, Italy, and France are finishing at the back of the field. Could this spell trouble for them? Are they not doing the renewing of their rosters right? Time will tell