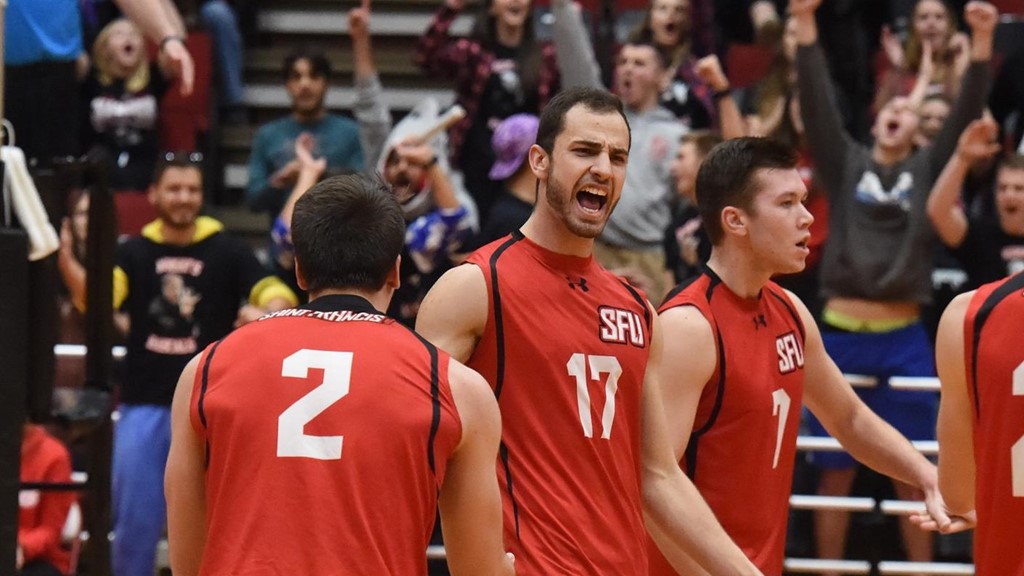 Just four teams got started in the Eastern Intercollegiate Volleyball Association, but there are still plenty of takeaways in the league from the first week of action.

We’ve yet to see the highest ranked team Penn State, but they could have three challengers ready to creep up and make a move on them once EIVA play commences. Until then, the league will look to improve on an up-and-down opening week of play where Saint Francis emerged on the scene.

Below is analysis as well as the weekly EIVA table and awards as we hit the second week of the regular season:

Matches of the Week:

Arrived On the Scene

Saint Francis began the season unranked in the VolleyMob Top 20 but with a 2-2 record coming against all ranked opponents, the Red Flash proved they can go toe-to-toe with anyone. The two losses came to #1 LBSU and #8 CSUN too, so it’s not as if they lost to bad teams while the wins came over #18 Stanford and on the road against #16 UCSB.

In the victories, the Red Flash did it with a strong block and well-oiled offense. That offense wasn’t always consistent, but when they are clicking they are tough to stop such as in sets where they hit .444 and .483 vs. Stanford and over .300 in every set vs. UCSB. They’ll need to ditch some of their bad sets after they had passing issues along with less success being terminal at different points – mostly in the losses. Overall though, they showed that they could be right with Penn State in terms of MIVA contenders.

First Week Could Have Been Better

The Patriots had a losing record in the first week, but that could have easily been different had a five-set loss against #14 Grand Canyon gone the other way. They weren’t able to have quite the success in the second go-around with GCU too in being swept.

The issue now is that wins will be even harder to come by this week with road tests at #5 Loyola Chicago and at #9 Lewis. They’ll need better play overall from the offense after hitting just .206 in week one – although they found a good rhythm at times with the block. They also could use more in pass and serve to keep in system offensively and put Loyola Chicago and Lewis on their heels more often.

Playing a Man Down

The Tigers had a rough schedule to open things up and lost to #1 LBSU, #8 CSUN and #13 USC. They also earned a win against #18 Stanford. It’s tough to evaluate Princeton right now though because their star middle blocker Junior Oboh has yet to appear in any match action. It’s unclear how long his injury will last, but the Tigers have an easier week ahead before taking a few weeks off. If they can get Oboh healthy, their best player, Princeton can be a serious threat to the EIVA title as their block and hitting percentage numbers will rise.