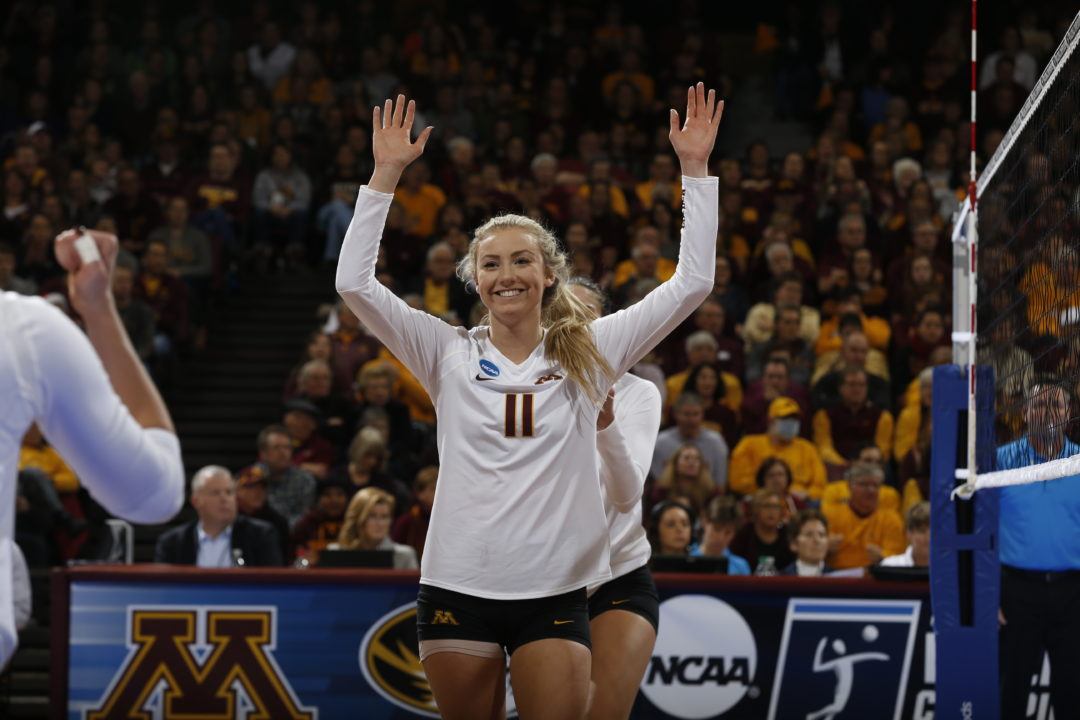 Senior Samantha Seliger-Swenson surpassed the 1,000-career digs mark with 13 in Minnesota’s sweep of Indiana on the road Saturday night. The 5-11 setter has 1,021 digs in her career, notching 273 as a freshman, 301 as a sophomore, 333 as a junior and 114 so far in 2018. Current Photo via Minnesota Athletics

The Minnetonka, Minn., native has been orchestrating the Golden Gopher offense since her arrival as a freshman, appearing in 402 career sets and 112 matches. She has distributed more assists than any player on the squad in all of her 3 seasons. With 4,855 assists in her career, Seliger-Swenson ranks 6th on Minnesota’s career list. The record of 6,024 was set 29 years ago by Sharon Oesterling (1986-89).

Minnesota, which is ranked 7th in Volleyball’s most recent power rankings release, is off to a strong start in Big Ten action at 4-0 and owns a 10-2 mark on the season so far. The Golden Gophers, who are riding a 5-match win streak, are undefeated on their home court with a 7-0 record inside Maturi Pavilion in Minneapolis, Minn.