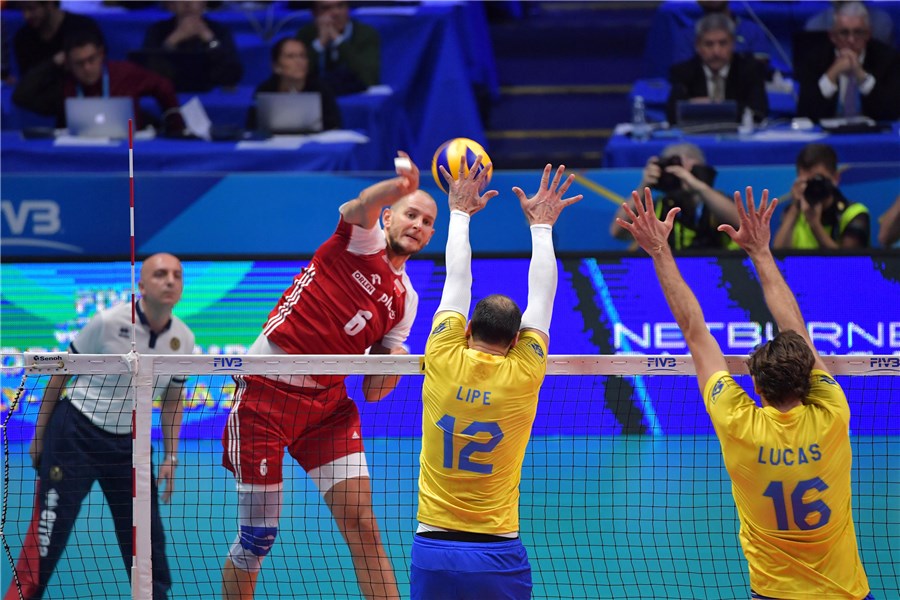 Kursk has the trophy in his grasp for Poland, up 2-0. Current Photo via FIVB

It has been a long road for Bartosz Kurek through injury and position change since the last time Poland won the FIVB World Championship. He and Poland are just a set away from keeping the trophy after winning the second set 25-20. After a disappointing Olympic Games in 2016 for the Poles, Kurek is getting hot at the right time. While Vital Heynen brought two other opposites with him to the tournament (Dawid Konarski and Damian Schulz are also on the roster), Kurek is stepping into the spotlight as the star of the final match.

Kurek has scored 17 points through two sets for Poland. He is leading the match with 13 kills while also contributing 2 aces and 2 blocks. Michal Kubiak is sitting at 9 points after the second set on 8 kills and a block. Artur Szalpuk is hitting 75% with 6 kills (7 points total).

Wallace is hitting 67% for Brazil with 12 kills. He still has not scored a point from a block or from the service line. Lipe has scored 6 points from 4 kills and 2 aces while hitting 36%.