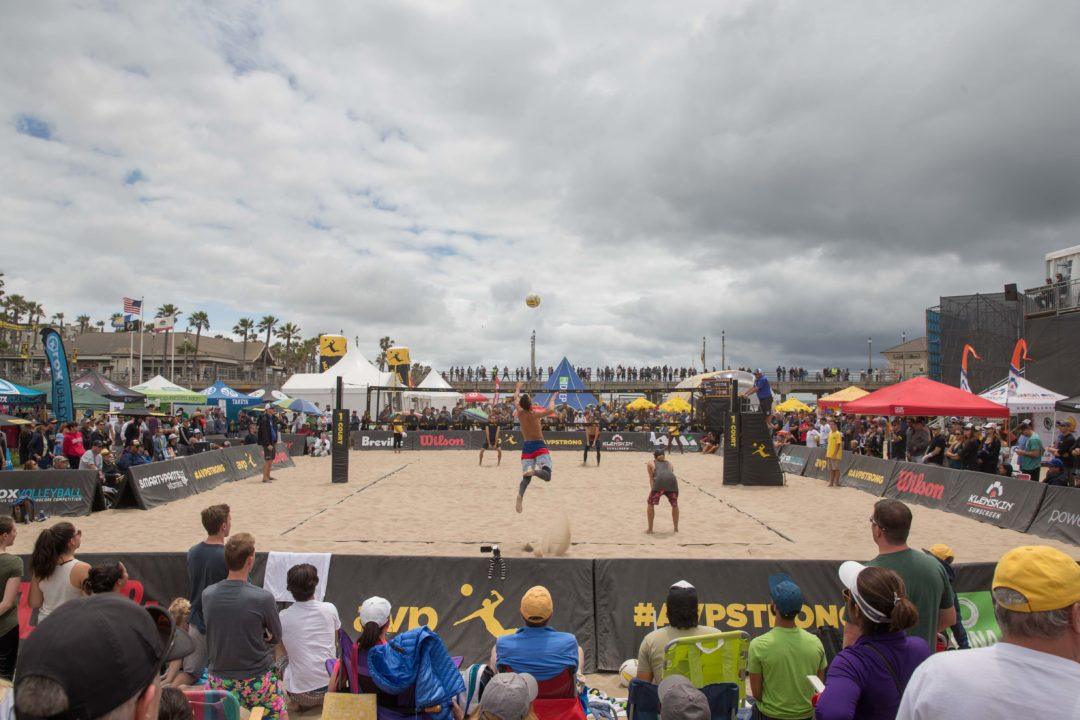 There will be a new men's champion at the AVP Tour event in New York City, as Phil Dalhausser and Nick Lucena forfeited their first elimination match, giving the easy win to Theo Brunner and Casey Patterson. On the women's side of things, the previous winners both moved onto the semifinal round. Current Photo via AVP

There will be a new men’s champion at the AVP Tour event in New York City, as Phil Dalhausser and Nick Lucena forfeited their first elimination match, giving the easy win to Theo Brunner and Casey Patterson. On the women’s side of things, the previous winners both moved onto the semifinal round.

The downward spiral of Dalhausser/Lucena started with their first match in the tournament, when they faced Ricardo Santos and Chaim Schalk, losing to them in three sets. The two moved onto the contender’s bracket, where they took down Brian Bomgren and Tim Bomgren in two sets, but by round two and the elimination part of the competition, they had to forfeit.

Santos/Schalk took the big win and turned it into another as they downed Ty Loomis and Marty Lorenz in three, but were defeated by Trevor Crabb and Sean Rosenthal in the third round of the winner’s bracket. This moved them onto the contender’s side of the tournament, where they shocked the crowd by taking down another top-four team in three sets, Brunner/Patterson 2-1, (19-21, 21-14, 15-13).

With the win, Santos/Schalk will now face Taylor Crabb/Jake Gibb in the semifinals, while Trevor Crabb/Rosenthal will take on Billy Allen and Stafford Slick.

The women’s side of the tournament will feature a familiar lineup, with four top-five teams included in the semifinal portion of the competition.

Summer Ross and Brooke Sweat continued their dominance on the sand with a victory over Emily Day and Brittany Hochevar in the third round of the winner’s bracket, moving them straight into the semifinals, along with Lauren Fendrick and April Ross, as they took down Emily Stockman and Kim DiCello.

Day/Hochevar and Stockman/DiCello each fought their way through the contender’s bracket matches to place themselves in the semifinals. In the semis, Summer Ross/Sweat will take on DiCello/Stockman while Day/Hochevar will face Fendrick/April Ross.