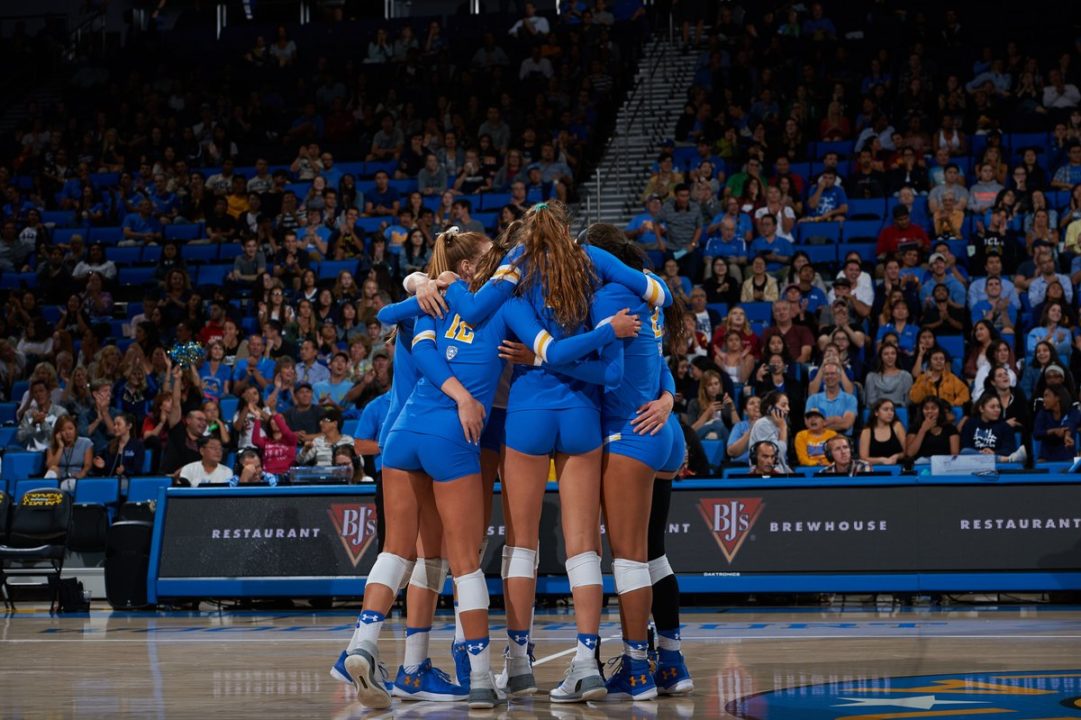 Our scouting reports feature major matches from the week and have two parts—one prematch and one postmatch. In this prematch SR, we take an inside look at an important Pac 12 match-up between #17 Colorado and #22 UCLA.

If the regular season ended today, and the NCAA Committee followed the RPI rankings to the number and ranked the teams accordingly, Colorado (RPI: 11) would be hosting on the first weekend of the NCAA tournament. With Washington’s recent win at home against Stanford, although the Pac 12 rankings do not change much, the RPI will definitely be adjusted on Monday, since Colorado owns a win over Washington as recent as this past Friday. However, Colorado lost at home to UCLA in five sets on October 21, so this will be a huge opportunity for Colorado to solidify their place in the top 16. As for UCLA (RPI: 26), they could use a little help to make a run at the end of the season and sneak into the top 16. A win tonight gets a season sweep on Colorado, an important part of the NCAA Committee’s criteria for seeding. They also have matches against Utah (RPI: 16) at home, at Stanford (RPI: 7) and USC (RPI: 18) that can help their cause. But the Bruins need to start that run tonight.

So what should we be looking for in this match-up? Let’s talk about…..

Junior outside hitter and Purdue transfer Alexa Smith and junior outside hitter and Oregon transfer Frankie Shebby, to be precise. Combined, both average 7.5 kills per set and have swung at almost 2,000 balls this season. Do not look at their hitting percentages, because the more swings you are responsible for as an outside, the more margin for error you are allowed as a hitter. The fact that you have to constantly account for both players in both the front and back rows constantly can turn into a nightmare for opposing teams. Just ask Washington, who was dispatched by the Buffs in just under 90 minutes.

When your leadership is evident (read above), then your team is tasked to follow. Winning tough matches do not miraculously happen with younger teams in a tough conference (example: Maryland); you need time to develop, get to know each other, and subsequently learn to be tough. Colorado already owns wins over top-25 foes Oregon (twice!), Colorado State, USC, and Washington. Tough enough for you?

The last time these two teams met, everyone in the gym knew where the ball was going, and Colorado couldn’t stop them. Jenny Mosser (28 kills) and Reily Buechler (23 kills) were the clear targets for setter Sarah Sponcil (63 assists, 25 digs, 6 blocks). It’s been that way all season (Buechler, 3.28 kps; Mosser, 2.76 kps). Yet there are others that join in the fray from time to time. Madeline Gates and Mac May both finished with double-digit kills in each of their last two matches (Arizona and Arizona State) and Gates led the Bruins and had 11 kills and hit .500 in a losing effort to Washington before that.

What they lack in blocking, the Bruins more than make up for in floor defense. Not only does UCLA lead the Pac 12 in digs per set, but there are multiple players for the Bruins averaging over 2 digs per set. Libero Zana Muno averages almost five digs per set, 2nd in the Pac 12. There’s also Sponcil (2.95), defensive specialist Savvy Simo (2.65) and six-rotation player Buechler (2.56). That’s a lot of ball control, and UCLA prides themselves on staying in rallies and frustrating opposing teams.

UCLA’s 8 losses include Nebraska (twice), Washington (twice), USC, Stanford, Utah and Washington State. The lowest of those RPI teams is Wazzou, at 42. Not a bad resume at all. A win tonight, against a #11 RPI Colorado program produces a season sweep and something to build on for the remainder of the season.

Most of the time, teams that play at altitude struggle when coming to sea level. The ball doesn’t react the same, floats or topspins, as it would when changing altitude. Since most teams play closer to sea level, their adjustments in oxygen intake going to altitude could be a factor in fatigue. Yet this Colorado team already owns road wins over Colorado State, Illinois and Oregon. Another road win at UCLA would solidify this RPI resume and buck that trend.