Seminoles/Hurricanes Set to Tangle in Coral Gables on Wednesday 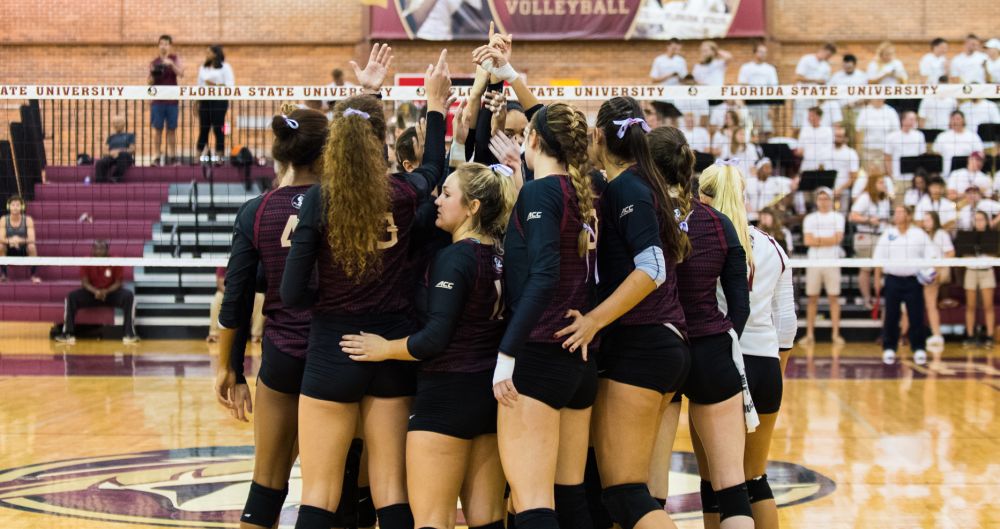 The Florida State volleyball team heads south for a Wednesday rivalry match against the Miami Hurricanes to open the 10th weekend of the season. Current Photo via Florida State Athletics

CORAL GABLES, Fla. – The Florida State volleyball team (13-7, 9-1 ACC) heads south for a Wednesday rivalry match against the Miami Hurricanes (11-6, 7-3 ACC) to open the 10th weekend of the season.

The Seminoles currently sit in a tie for second place in the ACC, and the team’s six-match win streak is the longest of any team in the conference behind Pitt’s 22 consecutive victories.

Sophomore middle blocker Taryn Knuth continues to lead the conference with 1.57 blocks and 116 total blocks (those stats rank 7th and 12th in the nation, respectively), while her .401 hitting percentage ranks second in the conference and 11th nationally. Knuth has 22 solo blocks already this season, the number she finished with in 2017 that landed her the ACC Freshman of the Year honor.

Junior outside hitter Payton Caffrey has been a force on offense throughout the season, as her 4.75 points per set and 4.18 kills per set both rank second in the conference, and her 309 kills and 351.5 points both rank third in the conference – all of which are ranked in the top 65 in the country.

The Seminoles will return home to host Virginia Tech this Sunday (10/28) before heading to Notre Dame and No. 22 Louisville in the final half of conference play.