Hawkeyes Plays Host to Northwestern, Travels to Maryland for Week 10 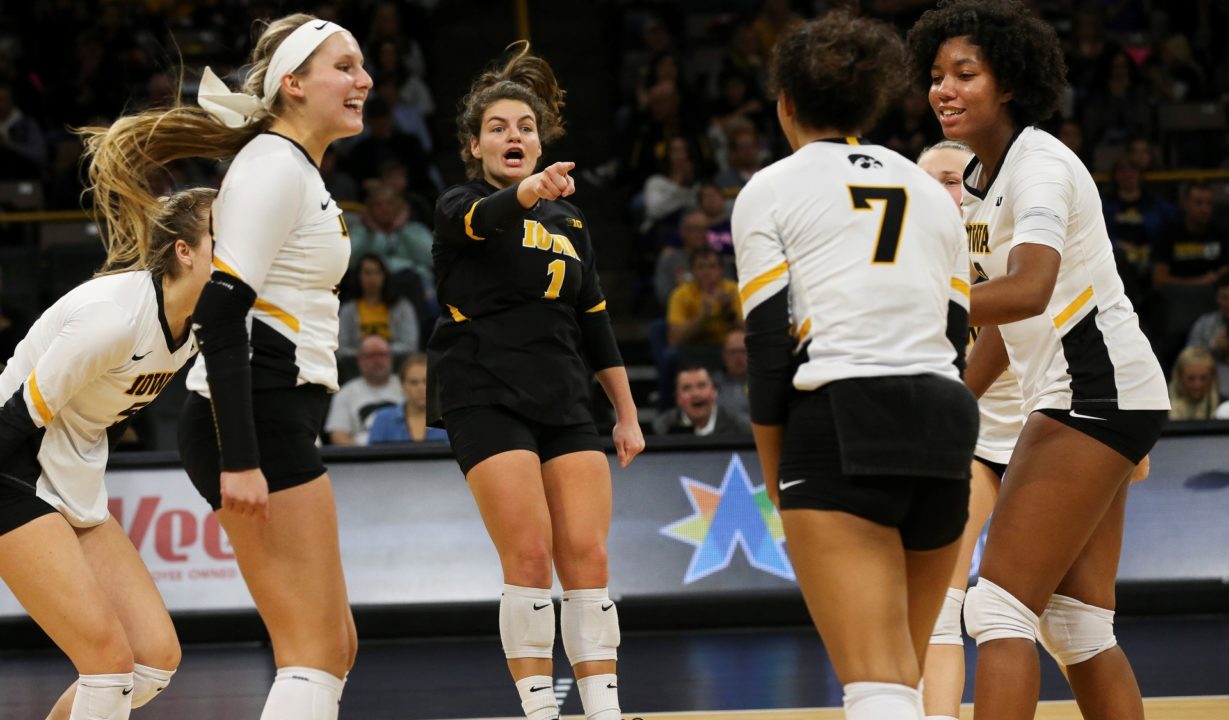 The University of Iowa volleyball team hosts Northwestern on Wednesday and then travels to College Park, Maryland, for a game against the Terrapins on Sunday.  Current Photo via Iowa Athletics

The University of Iowa volleyball team hosts Northwestern on Wednesday at 8 p.m. (CT) and then travels to College Park, Maryland, for a game against the Terrapins on Sunday at 1 p.m.

ORR SETTING UP TO BE THE BEST

HAWKEYE HISTORY
The Hawkeyes’ 25-23 second-set victory over the third-ranked Huskers on Oct. 3 marked the first time since 1987 that Iowa has taken a set from Nebraska.

BLOCKING OUT THE HATERS

HAWKEYES TAKE DOWN NO. 6 WISCONSIN

THESE HAWKEYES ARE HANDY WITH BROOMS

TRUE MENTAL TOUGHNESS
The Hawkeyes continue their True Mental Toughness mantra in 2018. Bond Shymansky’s squad defines true mental toughness as having a great attitude, treating others really, really well, being unconditionally grateful regardless of your circumstances, and giving your very, very best.

THE PREMIER CONFERENCE
The Big Ten Conference has had an NCAA champion in nine of the last 14 years. Eight teams – Penn State, Michigan, Nebraska, Illinois, Wisconsin, Minnesota, Purdue, and Michigan State – appeared in the 2017 NCAA Tournament.