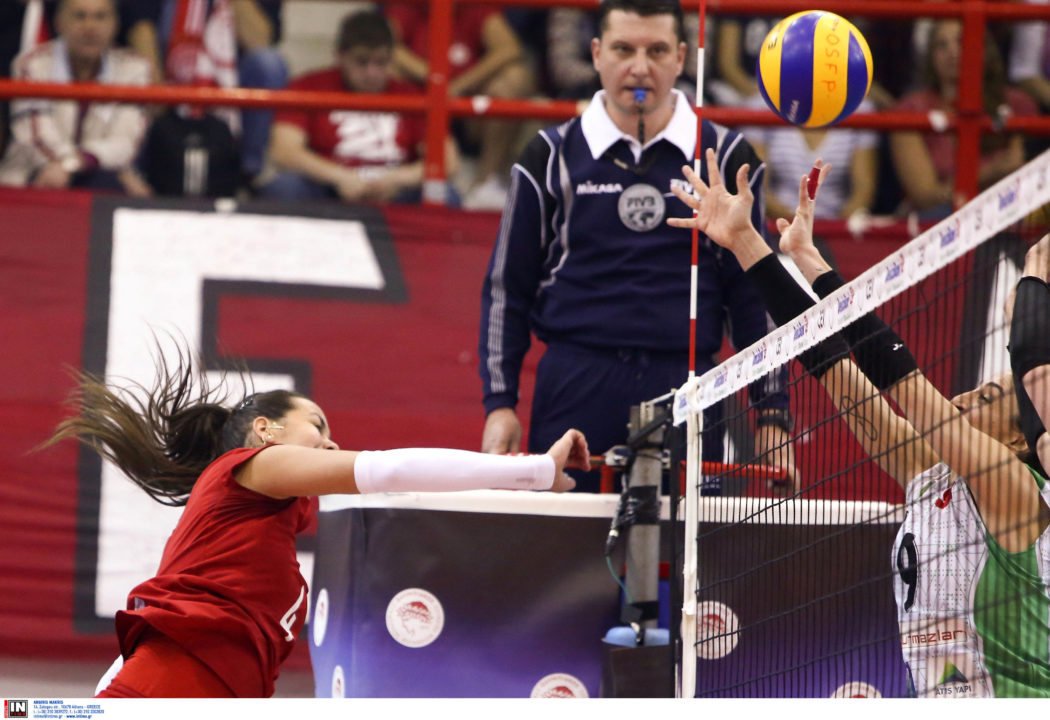 Ana Lazarevic, a current member of the Serbian Women’s National Team, is leaving her former club to sign with Beylikduzu voleybol Ihtisas. Her new team, Beylikduzu, will be appearing in the Turkish top division this season after earning promotion last year.

A 186 cm (6’1″) attacker/receiver, Lazarevic has a 268 cm (105 inch) block and a 280 cm (110 inch) spike. She has been with the Serbian National Team since 2011 when the team took gold at the European Championships. She would win another gold that same year at the European Volleyball League in Istanbul and garnered another medal – this time bronze – at the 2013 FIVB World Grand Prix. This past World Grand Prix, she was a reserve on the team that took third in the tournament once again.

The 26-year old began her career over a decade ago in 2006 when she played for Partizan Vizura in her home country of Serbia. After six seasons with the junior and senior team, Lazarevic left for Turkey and Besiktas Istanbul for the 2012-2013 season. The following year she played for ASPTT Mulhouse in France before she again left for her most recent stint with Olympiacos Piraeus in Greece.

With Olympiacos these past two seasons, Lazarevic has been a part of two league championships, a pair of national trophies and a silver at the 2017 CEV Women’s Challenge Cup. From an individual award standpoint, she took home the Final Four MVP at the Hellenic Cup in 2017 for her club.

Now, she joins a Beylikduzu squad that earned promotion from the second division in Turkey to the top division – one of the more competitive leagues in Europe. She will look to provide the team with a strong talent as they look to compete at a high-level.