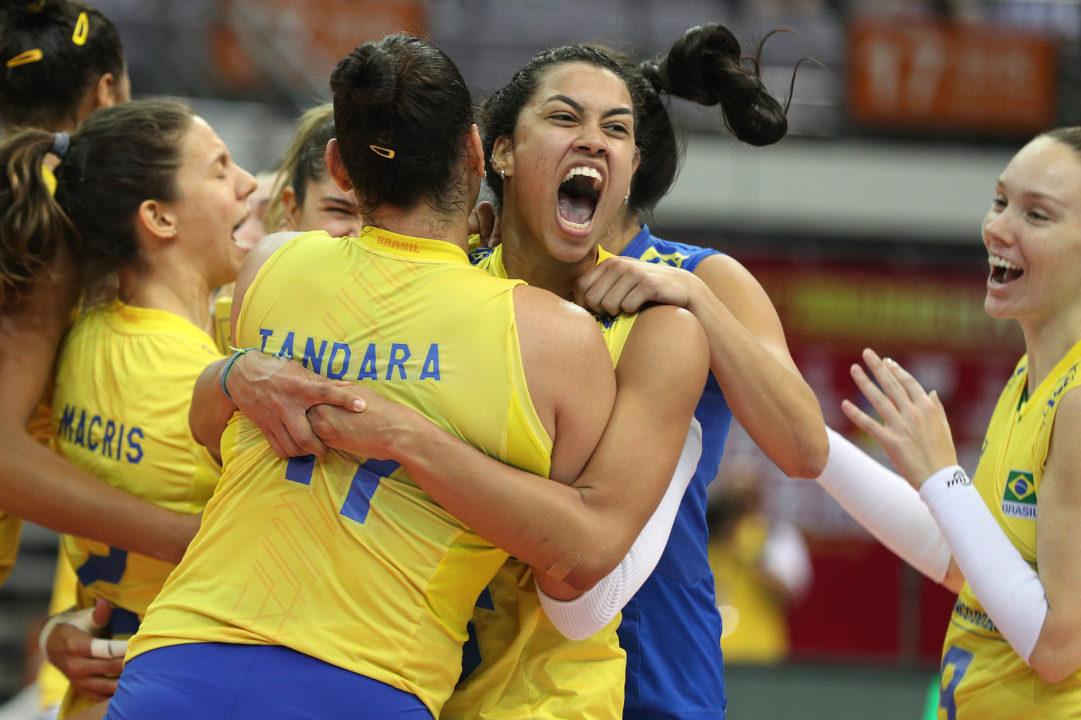 With the 2017 World Grand Champions Cup on the horizon, the top six men's and women's teams in the world are preparing to compete. Current Photo via FIVB

With the 2017 World Grand Champions Cup on the horizon, the top six men’s and women’s teams in the world are preparing to compete. The competition takes place every four years, typically following an Olympic year. The competition is set to have five days of play in a round robin format, meaning that each team will play each other once. The team with the best record at the end will take the title.

The women’s side of the competition features Russia, USA, Japan, reigning champions Brazil, Korea and the defending Olympic champions China. The teams will compete from September 5-10.

All teams, except Korea, were in Group 1 of the FIVB World Grand Prix that took place earlier this summer. USA, Brazil and China all made it to the finals series, while Japan missed out, barely, as they came in sixth place – enough to qualify for the finals – but China took their spot as the host country. Russia, while missing a number of top players this summer, had a less than normal showing at the Grand Prix, finishing in ninth place in the opening rounds to miss out on the finals. Brazil eventually took the title over Serbia.

Korea finished in the top spot of the preliminary rounds with an 8-1 record but lost to Poland in the finals to take second place.

Competing on the men’s side of the tournament are first-timers France and Iran, followed by Italy, Japan, USA and the overall champions, Brazil. The teams will compete from September 12-17.

Day one for the men will be a repeat of the finals of the 2017 FIVB World Tour – France vs. Brazil. Both teams had strong showings at the World League, with France coming out on top over Brazil to claim the top prize. Additionally, all teams competing at the Grand Champions Cup, aside from Japan, competed in Group 1 the World League, with France taking the top spot, Brazil coming in second and Team USA finishing in fifth. Iran ended their tournament in 11th with Italy following in 12th. Japan finished in fourth place in the preliminary rounds of Group 2 while taking second behind Slovenia in the finals.