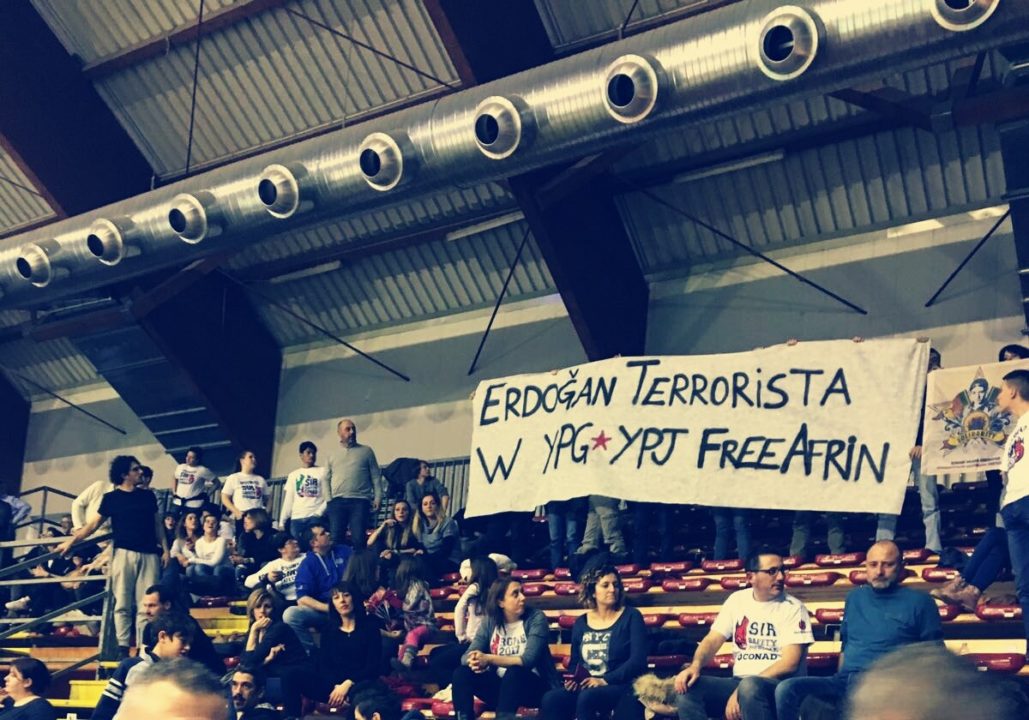 A group of 8 spectators have been banned from attending sporting events in Perugia for at least a year after... Archive Photo via Twitter/Anna Irma Battino

A group of 8 spectators have been banned from attending sporting events in Perugia for at least a year after displaying a banner critical of Turkish president Recep Tayyip Erdogan at a recent Champion’s League event.

7 members of the group were barred from attending sporting events in the Italian town for a year, while an 8th, citing prior offenses, was barred from 18 months. During a March 21st Champions League Final 6 matchup between the home side Sir Safety Perugia and Turkish team Halkbank Ankara, the fans displayed a banner calling Erdogan a “terrorist” near the end of the match.

Police in attendance swiftly seized the banner down and escorted the protesters out of the PalaEvangelisti. They were charged by police of “inciting violence.”

Ankara is the Turkish capital and the official residence of the Turkish president. 2013 protests against his authoritarian regime led to orders to deter protesters, resulting in 22 deaths. He has also been accused of expanding executive power in Turkey to dictatorial levels.

In a post on social media, a post from a person claiming to be a member of the group included a video and explanation of the reasons for the protest, accusing Erdogan of undertaking a “brutal attack” on the Afrin region in what they call a “genocide,” and claiming complicity of “jihadist groups and…NATO.”