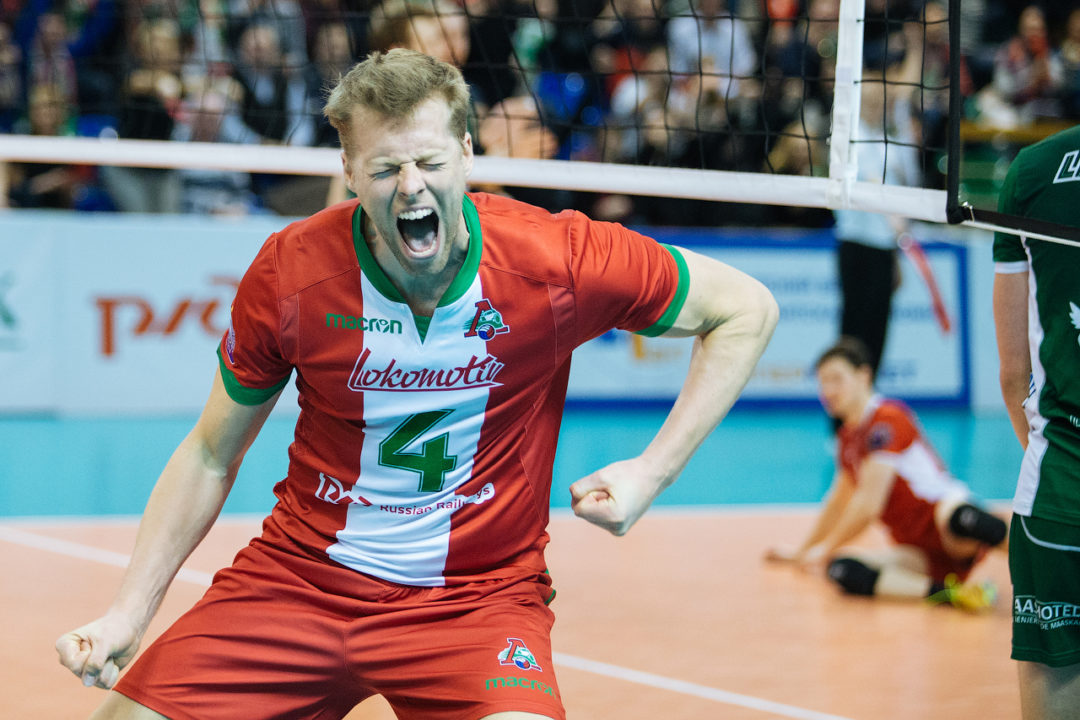 The Playoffs 6 for the 2018 CEV Men's Champions League have been set after the Playoffs 12 concluded with some big victories.  Current Photo via CEV

The Playoffs 6 for the 2018 CEV Men’s Champions League have been set after the Playoffs 12 concluded with some big victories. All 6 victories of the second leg of the Playoffs 12 were won by the home team with no matches extending into a deciding fifth set.

Diatec Trentino secured their place in the Playoffs 6 after a hard-fought three-set sweep over Chaumont VB 52 Haute Marne. The Italian side lost their first matchup against the French squad who was troubled with the injury of their strongest player, Stephen Boyer, in a five-set thriller. Boyer was still off of the team’s rosters come the second leg of the competition, nursing a calf injury. Trentino avoided a golden set with the sweep, as they needed a 3-0 or 3-1 win to avoid it altogether. Filippo Lanza was named the MVP of the match for his contributions, scoring in crucial moments of the match.

Lokomotiv Novosibirsk was stunned in their first matchup of the Playoffs 12, losing to Noliko Maaseik in straight sets. They turned things around in the second leg with a four-set win, but this forced a golden set to be played, to which Lokomotiv secured their place in the next round with a 15-12 win.

Sir Safety Conad Perugia swept their way through the Playoffs 12 over Halkbank Ankara with Aleksandar Atanasijevic leading the way in the second match with 15 points.

After a tough five-set match in the first round of the Playoffs 12, Cucine Lube Civitanova was able to easily fly through PGE Skra Belchatow in a three-set sweep to advance to the Playoffs 6. Tsvetan Sokolov was the matches leading scorer with 10 points.