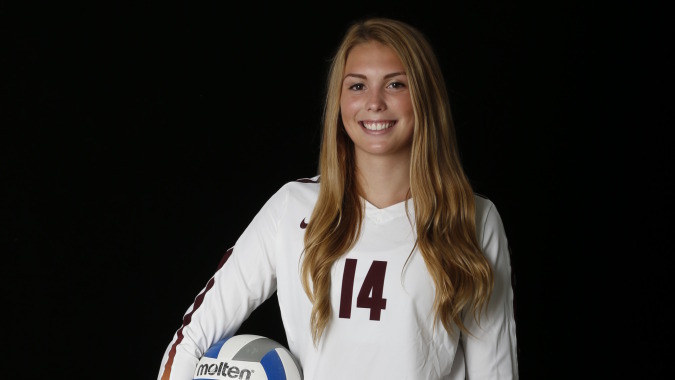 South Carolina is bringing on Minnesota transfer and former Under Armour All-American Brittany McLean for 2018. Archive Photo via Minnesota Athletics/Volleyball

Former Minnesota Golden Gophers’ outside hitter Brittany McLean has transferred to South Carolina for the 2018 season. A junior-to-be in the fall of 2018, McLean will have two years left of play and is likely to be immediately eligible since she is changing conferences.

A 6’1″ native of Rosemount, Minnesota, McLean became a Golden Gopher after attending Rosemount High School, where she was named an Under Armour First-Team All-American. However, she failed to firmly crack the normal rotation in her first two seasons with Minnesota, appearing in just one match as a freshman and eight as a sophomore.

McLean will look to help turn things around for South Carolina, who finished 2017 with a 12-18 record and a 5-13 mark playing in the Southeastern Conference (SEC). She won’t be the only newbie looking to make a mark in 2018, as the Gamecocks have a new head coahc in Tom Mendoza (previously at High Point) at the helm. Their 2017 roster consisted of five outside hitters, with one graduating heading into 2018 in rotational player Abreia Epps.