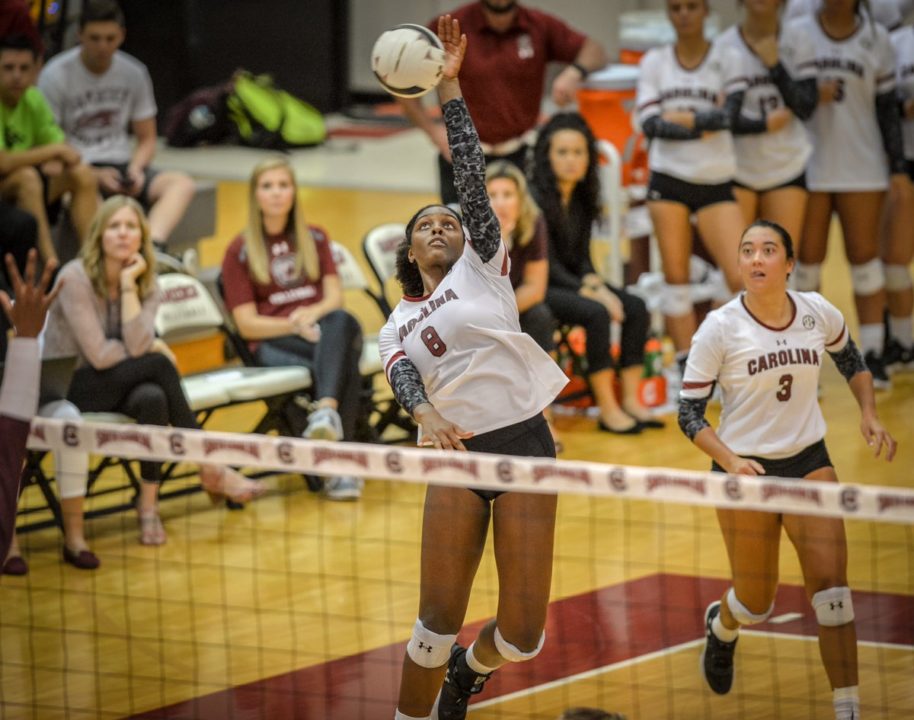 Honorable Mention All-American Mikayla Shields continues to ink her name in the South Carolina record books, becoming just the fifth junior in program history and the fourth fastest to reach the 1,000 kills milestone.

The Orlando, Florida, native reach 700 kills as a sophomore, becoming just the third second-year player in Gamecock lore to do so. Coming into Wednesday’s match with Tennessee, Shields was just 11 kills shy of becoming the program’s first player since 2012 to join the 1,000-kill club. The junior got exactly that in the 3-0 loss to the Vols.

With her 11th kill of the nigh, coming in the third set, Mikayla Shields is now the fifth junior in PROGRAM HISTORY to reach 1,000 career kills!

Shields led the team in kills (341, 3.25 per set) in 2016 and snapped the program’s freshman record for hitting percentage in the rally scoring era with a team-best .308 effort. She notched five double-doubles and 19 double-digit tallies, including one 23 putaway effort, en route to AVCA All-Region honorable mention honors, while hitting at a .300 or better clip 16 times. Shields hit .500 or better seven times in her rookie season.

As a sophomore, Shields tallied 429 kills (3.69 per set) with double-digit tallies in 20 matches, including 20 or more kills six times. Shields hit at a .300 or better clip in 12 matches, including two .500-plus efforts. She also posted 11 double-doubles.

All told, she has put down double-digit kills totals in 55 matches, including 20-plus putaways seven times. In her career, she has managed to hit .300 or better in 39 matches.

The Gamecocks are 15-5, 6-4 in the SEC in 2018, including Wednesday’s loss. The team continues its week on the road with a Sunday matchup at Kentucky.