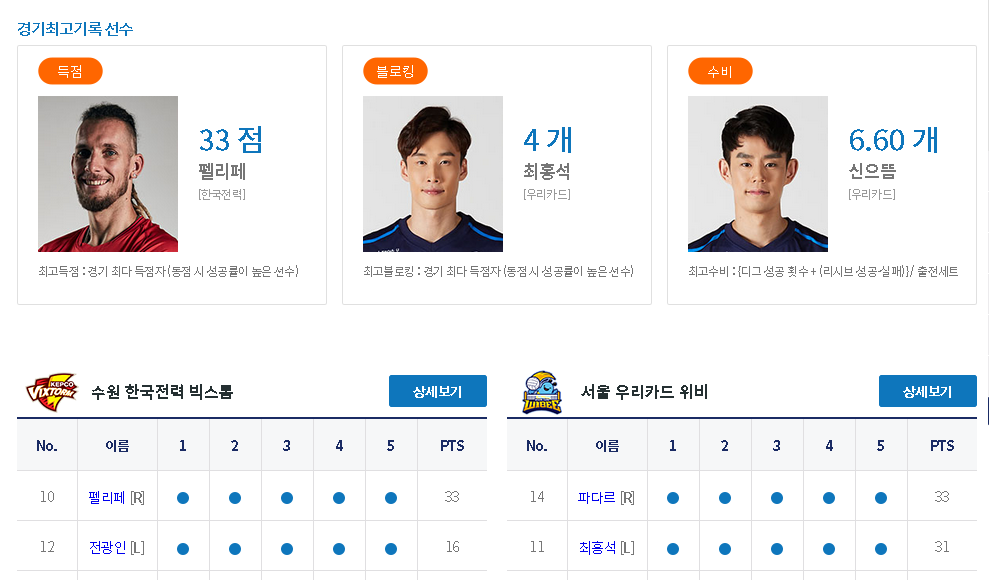 On December 27th, 2017, the South Korean Men’s V-League between Suwon KEPCO Vixtorm and Seoul Woori Card Wibee turned out to be a match for the record books. This match was the first time that three players had reached 30 points or more.

Since volleyball went to the rally scoring era in 1999, I can find only four circumstances of teammates in the men’s game that have scored over 30 points each.

On the women’s side, I know of only two matches in which teammates scored more than 30 points and both happened days apart at the 2012 London Olympics

There are numerous matches where two opponents scored over 30 points for both sexes.

In the South Korean men’s league, only one foreigner is allowed per team and they are usually played as the opposite. The foreign opposites often are the focus of the team’s offense. Of the top 12 highest scoring matches in the world, seven have been played in the South Korean league.

Suwon KEPCO Vixtorm’s foreigner is Brazilian Felipe Airton Bandero, who has previously in Italy and Poland, and in his first season with KEPCO. While Seoul Woori Card Wibee’s foreigner is Hungarian Krisztian Padar, who played previously for Noliko Maaseik in Belgium. Padar has been with Seoul since the 2016-2017 season. In the match, Padar’s Wibee teammate Hong-Suk Choi also gave a nearly career best performance. 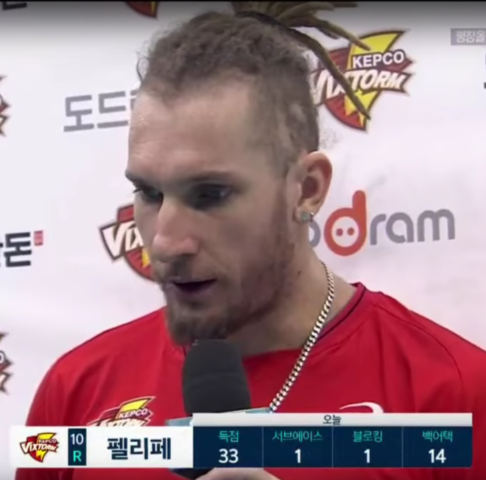 Padar matched Felipe with 33 points, also with 31 kills (also on 57 swings), 1 block and 1 ace. However, the Wibee’s Choi was really efficient with 26 kills (on 43 swings), 4 blocks and 1 ace for 31 points. Padar and Choi dominated Wibee’s offense so much that the rest of the team only scored 14 points (total of 78 offensive points with Padar and Choi) in a five-set match. Whereas Felipe’s teammates contributed 36 points (total of 69 points with Felipe) and used more mistakes by Wibee to win the match.

I don’t know if we will ever see this happen again due to the nature of higher level leagues with offenses that spread the ball around, but the South Korean league is really there with setting focused on an individual player, like Felipe, Padar and Choi in this case.