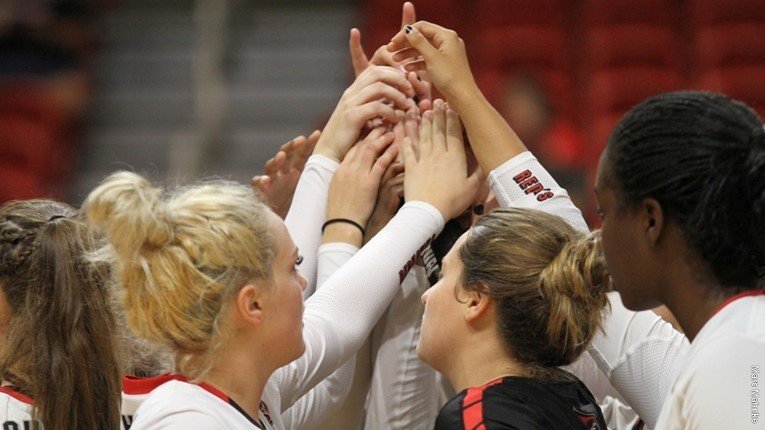 The Redhawks of Southeast Missouri announced the haul of two transfers for the 2017 season that figure to have an impact right away. Both Haley Bilbruck and Madara Bajare are opposites who will have two years left of eligibility.

Bilbruck comes in from UNLV, after spending three years with the program. She redshirted her first year before playing in six matches and seven sets in 2015 as a redshirt freshman. The 6’3″ right side hitter totaled three kills and five blocks that season in her lone playing time with the team, as she didn’t receive any time as a redshirt sophomore.

“Haley is an excellent addition to our program and I anticipate her making an immediate impact,” Southeast Missouri State head coach Julie Yankus said in the release. “As a left-handed right side hitter, she will be a very effective offensive weapon for us. She has a lot of experience competing at the collegiate level so I believe she will seamlessly transition into her role here at Southeast. Haley’s athleticism immediately intrigued me but her maturity, dedication, and aspirations showed me that we had to have her as a part of this program.”

A 6’2″ right side hitter, Madara Bajare joins Bilbruck at the position as she comes in to her third college in as many years – this the first at the Division I level. A junior-to-be, Bajare is originally from Latvia where she once placed second in beach volleyball at the Youth Summer Olympic Games of Latvia beach in 2013. She did enough to gain the notice of College of Central Florida, where she helped the team win a conference championship in 2015 before switching over to Hillsborough Community College in 2016.

“Madara is a great addition to our program and I’m excited to see how she will impact our team,” Yankus said in regards to the news. “She has the versatility to play right side or middle which will allow us to mix up our offense and create many more crossing patterns. Madara will definitely contribute offensively, but I also anticipate her to be a huge defensive weapon. Her experience playing internationally will be a great addition to the program as well as her work ethic, coachability, and dedication.”

The Redhawks were just 7-23 last season. It was rock bottom from what has been a year-by-year win decline ever since the team won 21 matches in 2012. With a talented player in Bajare who has Junior College experience and one in Bilbruck who once had 15 solo blocks in a high school match but couldn’t find the court at UNLV, Southeast Missouri gained two upperclass-woman. They also gained size in addition to experience and versatility. They’ll hope those translate to more wins in 2017.