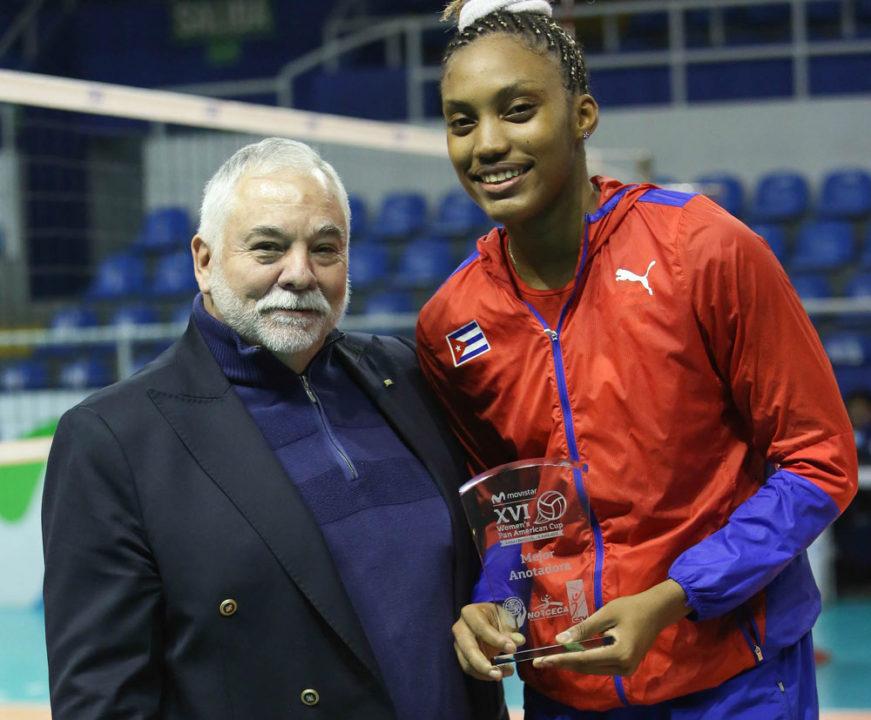 Casanova tallied 38 kills and three blocks to break the previous record of 37 points set by the Dominican Republic’s Sidarka Nunez on May 5, 2008, vs. the United States.

Canada outblocked Cuba 10-6, but could not overcome the Cubans’ 65-46 advantage in kills. Each team served up six aces.