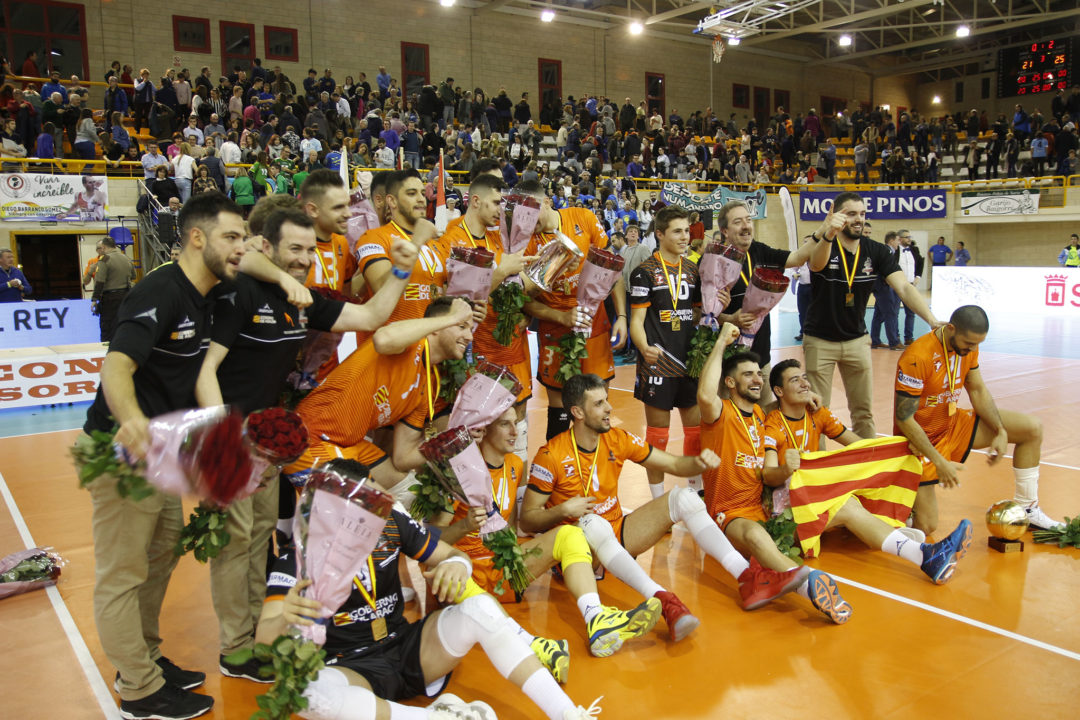 Venezuelan Thomas Ereu was thhe MVP of the tournament Current Photo via Rfevb.com

The first set was pretty much even until the 15 point mark. From there, Teruel’s service game realy took a toll on Almeria’s reception line, allowing the team to finally close the set in a big run. The second set was almost a perfect carbon copy of the game’s first frame, as both teams again balanced it out until the 15 point mark, with Teruel once again making a run for the score late in the set. Almeria was able to put a better fight in the third set, playing more competitevely, but by then it just had lost all of its energy, as it had played 2 matches in the previous 2 days already, allowing Teruel to close the game and take home the cup.

“We played a great match against a great rival. We controlled the match with our serving and blocking, and were also very successful in our side outs. Our tactical approach was executed perfectly. We really wanted this title, the fans deserved it. One always look forward to seeing their work rewarded, but my teammates deserved the MVP award more than I did. Pedro Rangel was exceptional in his distribution, and Andrés Villena fantastic in reception.” – Teruel’s Thomas Ereu, MVP of the tournament

“It was a very tough match. We were successful in its key moments. My players are champions, not because they won today, but because of their daily work and effort; that is what makes us improve every day. Now we have three days to enjoy and celebrate, but from Wednesday on it’s time to change the tune and think about the League, the goals we have, to try to be first in the regular season standings. We have two hard games against Palma and Almeria and that’s where our mindset is at. As for the support of our fans, it is incredible to arrive at an arena that is not yours and to feel like in the living room of your house. They are always helping and supporting and they deserve it all.” – Miguel Rivera, Teruel’s coach

“They were better than us. They have Thomas Ereu, who played his best match since I’ve met him. Everything we tried did not work and they managed to best us in a great game.” Piero Molducci, Almeria’s coach