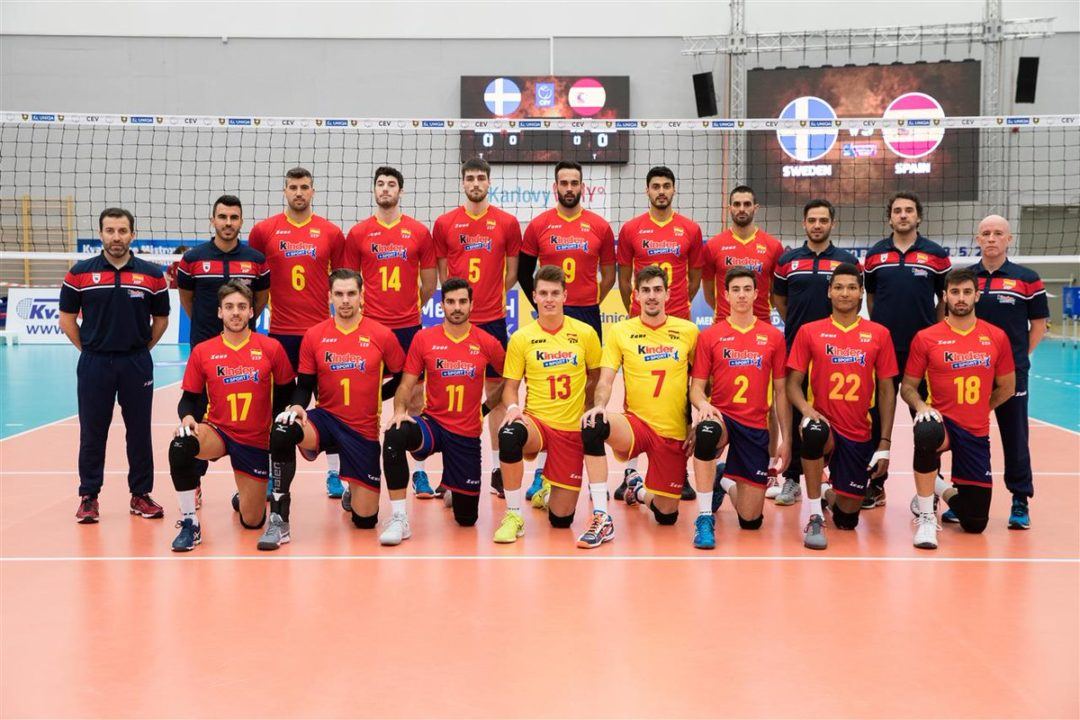 In Pool F, all matches were settled by sweeps, as Finland, the Czech Republic and Spain all came out on top of day two of the 2018 FIVB World Championship Men's European Qualifier. Current Photo via CEV

In Pool F, all matches were settled by sweeps, as Finland, the Czech Republic and Spain all came out on top of day two of the 2018 FIVB World Championship Men’s European Qualifier.

Finland had no problems taking down Northern Ireland in three-sets on day two of the Men’s European Qualifier. The match took under one hour to complete with the Irish squad not scoring more than nine points the entire match.

Niklas Seppanen led the Finnish team with 14 points, 11 of which were kills, while also adding two aces and a block.

The Czech team flew through Sweden in three sets on day two of the European qualifiers. Each set of the match took exactly 24 minutes to complete with the Czech not having to fear a loss in any of the sets.

Leading the Czech was Donovan Dzavoronok with 16 points including 10 kills, three aces and three blocks.

After a tough test with Sweden on day one, the Spaniards had no troubles taking down Cyprus on day two.

Leading the pack in points was Spain’s Andres J. Villena with 16 points – 15 of which were kills.