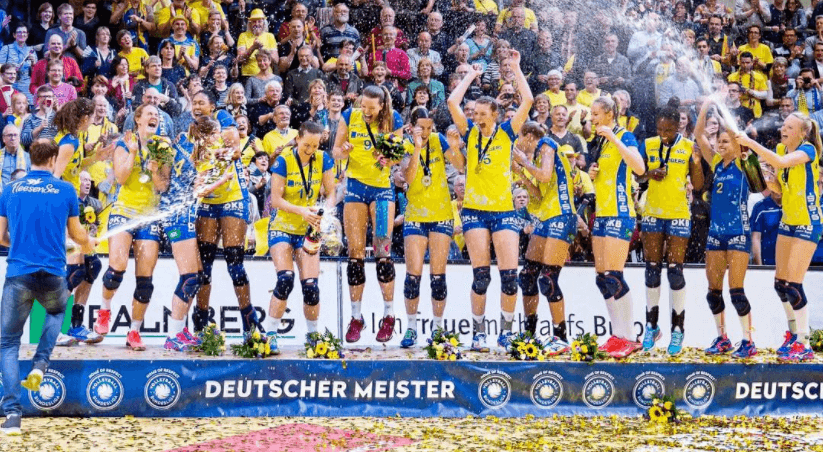 The finals of the German women’s Bundesliga has concluded with SSC Palmberg Schwerin coming out on top over Alliance MTV... Current Photo via Hannah Tapp, Instagram

The finals of the German women’s Bundesliga has concluded with SSC Palmberg Schwerin coming out on top over Alliance MTV Stuttgart. Schwerin was dominant in the finals series, sweeping Stuttgart in the best-of-five series.

Lippmann came out strong for Schwerin in the final match of the series, putting down 14 points in the three set sweep 3-0, (25-17, 25-14, 25-16) over Stuttgart to take the title. Geerties also contributed 14 points, while Brinker added another 13.