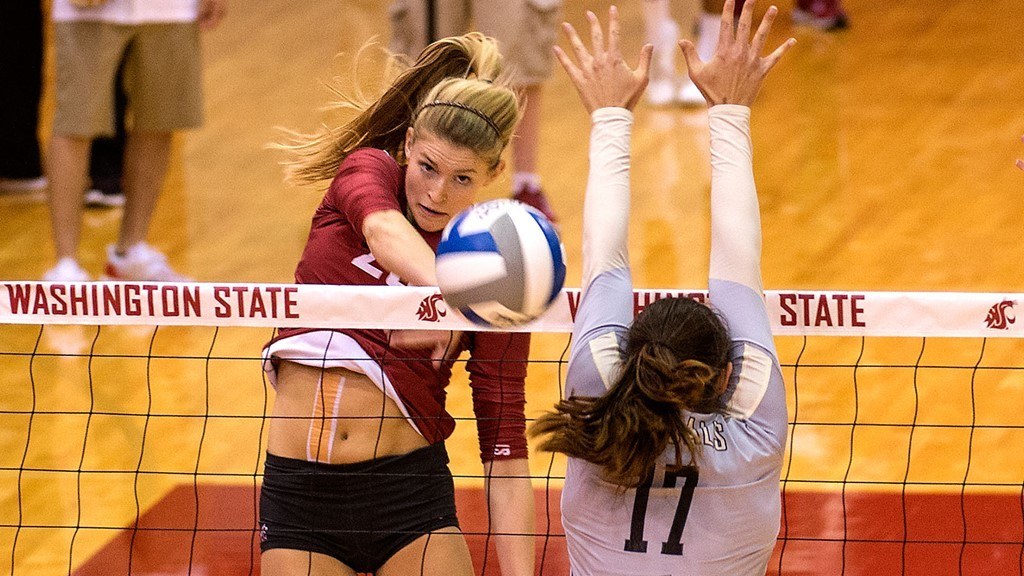 Kathryn Plummer led the way for Stanford with 17 kills, while Inky Ajanaku put down 10 kills on a .529 hitting percentage and three blocks. Libero Morgan Hentz picked up 16 kills, recording double-digit digs in all 20 matches this season.

For the Cougars, Kyra Holt put down 11 kills and 10 digs, for her 45th double-double of her career. McKenna Woodford followed behind with six kills and two blocks.

It marks the first time this season the Cardinal (14-6, 8-4 Pac-12) has won two home matches in the same week. Stanford has now swept its last three home opponents, including Arizona State (Oct. 15) and seventh-ranked Washington (Oct. 26).

The Cardinal hits the road next week, traveling to Colorado on Friday, Nov. 4 at No. 21 Utah on Saturday, Nov. 5. Friday’s match will be televised on Pac-12 Networks.

Stanford’s leaders were Kathryn Plummer with 17 kills and seven blocks, Inky Ajanaku with 10 kills and three blocks, Jenna Gray with 36 assists and five blocks and Audriana Fitzmorris with seven kills and four blocks. Plummer and Gray each had one ace.

“I think we did some good things but I don’t think we were as aggressive as we needed to be able to beat a team like Stanford and how well they are playing right now,” Cougar Head Coach Jen Greeny said. “I don’t think we served especially aggressive and in this conference to beat every team we have to be the aggressors. I think they set the tone and served really. We didn’t pass well at the beginning but once the match went on we made some adjustments and started passing much better but that was too little too late. I thought our right sides Casey Schoenlein and Hailey Bethune did a better job tonight but we have to be more consistent. It’s halfway through the Pac-12 season and teams are starting to adjust. We have to be ready to go from the get-go.”