Stanford Heads To Hawaii To Begin Their 2018 Season 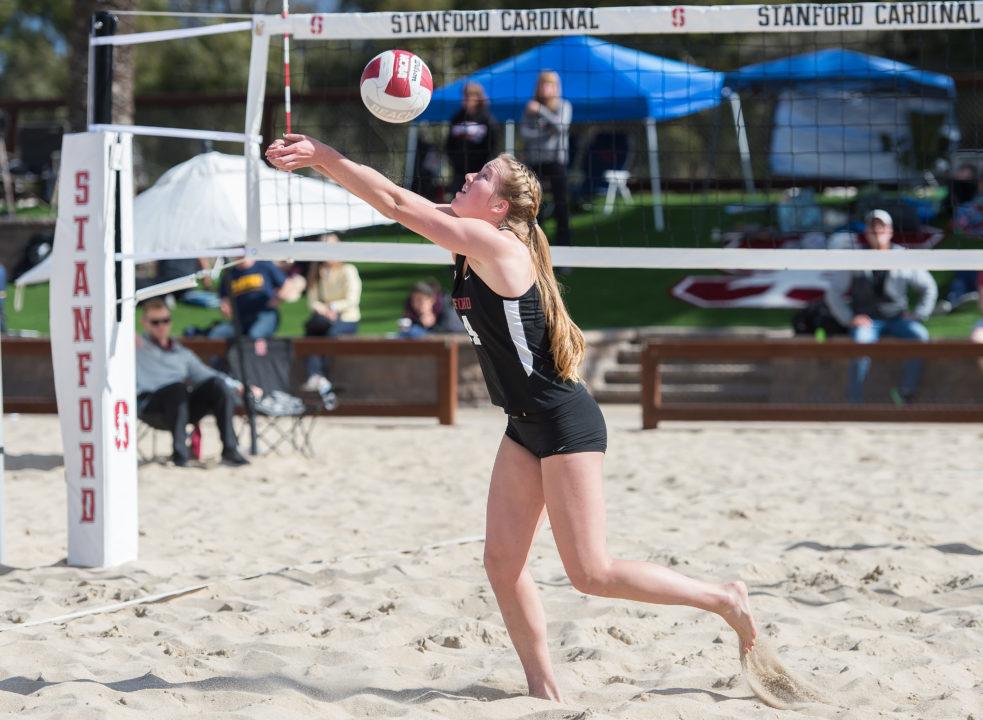 Stanford’s beach volleyball team kicks off its 2018 regular season this weekend in Honolulu, Hawai’i, at the Rainbow Wahine Classic, where they’ll take on UCLA and host Hawai’i. Current Photo via Stanford Photo

Stanford’s beach volleyball team kicks off its 2018 regular season this weekend in Honolulu, Hawai’i, at the Rainbow Wahine Classic, where they’ll take on UCLA and host Hawai’i.

Led by second-year head coach Andrew Fuller, the Cardinal enters the campaign as the 17th-rated team in the nation, according to the American Volleyball Coaches Association’s preseason poll.

“The team is really excited for the opportunity to represent the Stanford family in Hawaii,” said Fuller. “Oahu holds a special place in the sport’s history, so our first trip is a chance to celebrate beach volleyball and learn a ton about ourselves through playing great competition in Hawaii and UCLA. We love the culture that this team is building together and can’t wait for the growth that strong competition fuels.”

Stanford registered a program-record 13 wins in 2017, improving from a 5-12 clip in 2016. Pairs Morgan Hentz and Caitlin Keefe, and Courtney Bowen and Kat Anderson each won 13 matches as a pair, tied for second all-time.

Stanford will begin its 2018 campaign ranked 17th by the AVCA. The Cardinal finished the 2017 season unranked.

Throughout the season, Catherine Raquel will write a weekly blog to provide readers with a behind-the-scenes look at the Stanford program. Raquel, the team’s lone senior, played in every match last season. She was named Pac-12 all-academic honorable mention in 2017 as a junior.

Pac-12 Championship on The Farm

Stanford’s entire home schedule will be played at the Stanford Beach Volleyball Stadium. Opening in 2015, the stadium has four 75-foot long courts, grass berms for seating and is outlined with 10 palm trees to give it a ‘beach’ feeling, making it the premier collegiate beach venue in the nation.