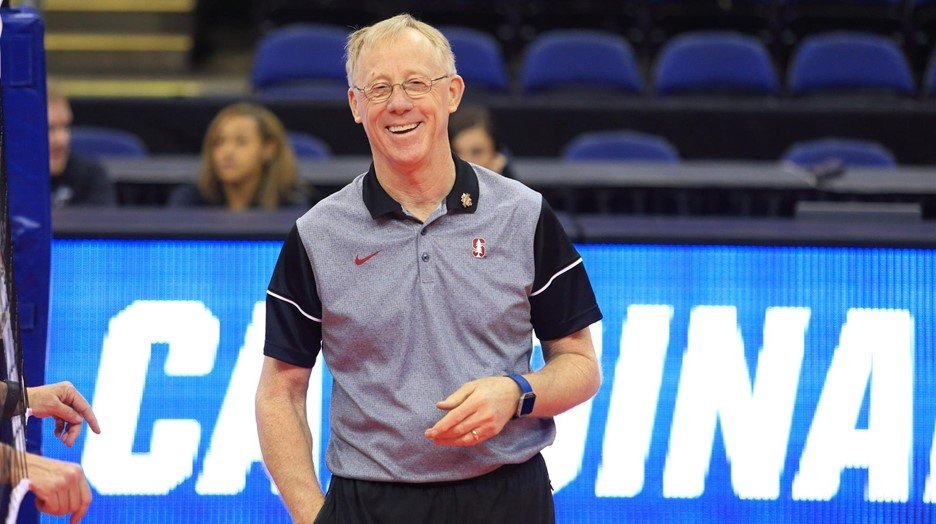 The American Volleyball Coaches’ Association (AVCA) has named Stanford head coach John Dunning its 2016 women’s Coach of the Year winner. Dunning has his Cardinal in the NCAA Final 4, where on Thursday in Columbus they will face off against 2nd-seeded Minnesota for a spot in Saturday’s championship game.

The Cardinal finished their regular season at 25-7 and have qualified for the 20th final four in program history. Their 113 NCAA Tournament victories are the most in NCAA history.

In his 32 years as a Division I head coach, he has won 2 NCAA titles at Pacific before coming to Stanford for the last 16, where he’s won 2 more. The Cardinal placed 4 on this year’s AVCA All-America teams, including National Player of the Year Kathryn Plummer and three-time First-Team All-American Inky Ajanaku. Merete Lutz was named to the third team, and freshman Audriana Fitzmorris received an honorable mention.

Stanford already has one early-season win against Minnesota, which came in the form of a 3-1 sweep at home in August on the first weekend of the 2016 season. The Gophers have since become the hottest team in the country and were the #1 team in the final coaches’ poll of the regular season.

The Cardinal went through a tough stretch in early October where they lost 4 of 6 games, including to then-unranked Utah and Arizona. They came out of that run, however, with three consecutive sweeps of top-25 teams and have now won 14 of their last 15.

Dunning is a 2011 inductee to the AVCA Hall of Fame.