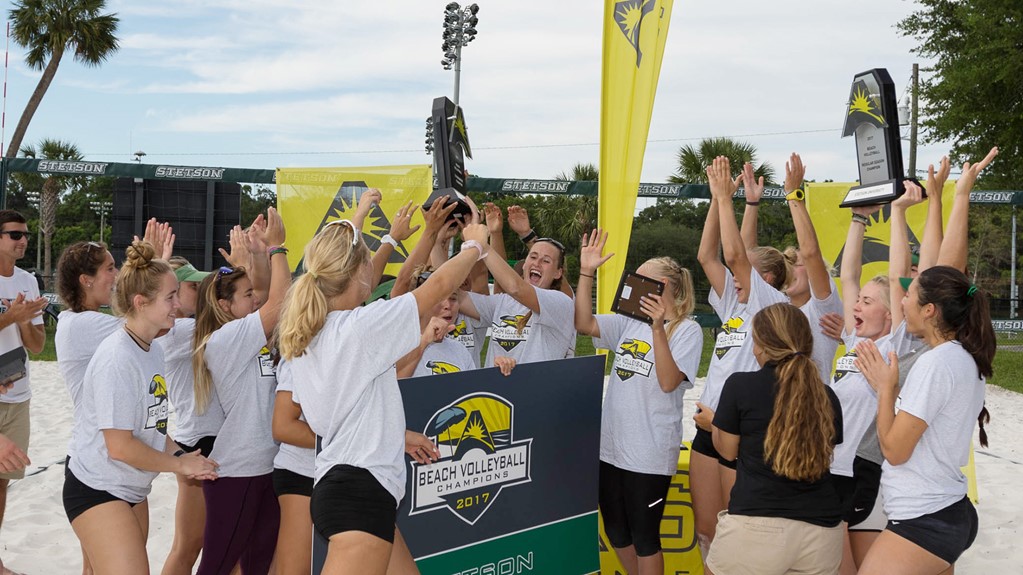 After a 10-0 regular season, Stetson will chase its 2nd consecutive ASUN Conference Tournament title, and 4th in the last 5 seasons. Current Photo via ASUNPhotos

Stetson University, with a 2nd-straight perfect 10-0 against ASUN opponents this season, which earned them a 4th-straight regular season conference title. That also earned them the #1 seed for the 2008 conference tournament that begins on Saturday at their home courts on Cooper Beach.

The ASUN uses a unique staggered 5-team conference tournament format, leaving 0-10 Coastal Carolina out of the bracket. With 3 new affiliate members joining next season, ASUN will have the option to go to a more standard 8-team tournament (single or double elimination).

Stetson had a combined 44-6 set record in those 10 matches, with both #2 seed Florida Gulf Coast and #3 seed North Florida pushing them to a 5th set in the first of the double-round-robin season matchups. In the repeat against FGCU, Stetson swept the Eagles 5-0, and against UNF the result was 4-1. Given that the tournament is effectively double-elimination (until the final match), even on an upset, Stetson has shown the ability to dominate their conference opponents in a rematch.

Stetson competed in the first-ever NCAA beach volleyball championship in 2016, but didn’t earn an invite in 2017. They have a 27-8 record this year, and ranked just 17th in the country (they were just 2-8 this season against ranked opponents), it appears as though the ASUN will be without a representative in Gulf Shores again this year.

All matches will air on the ESPN+ streaming service 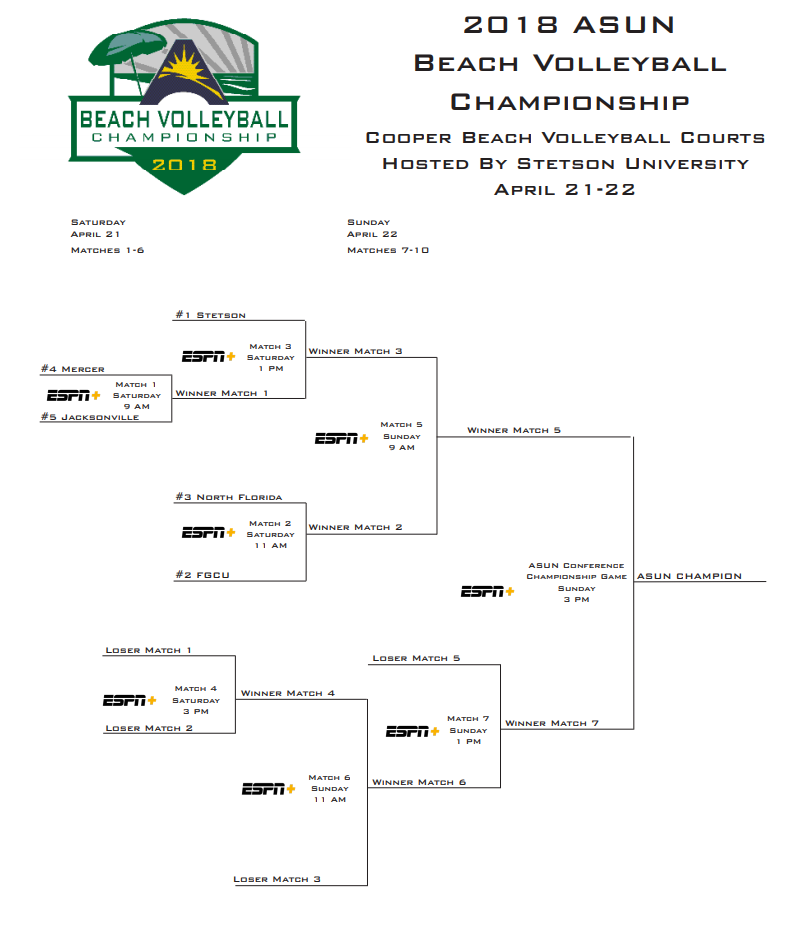