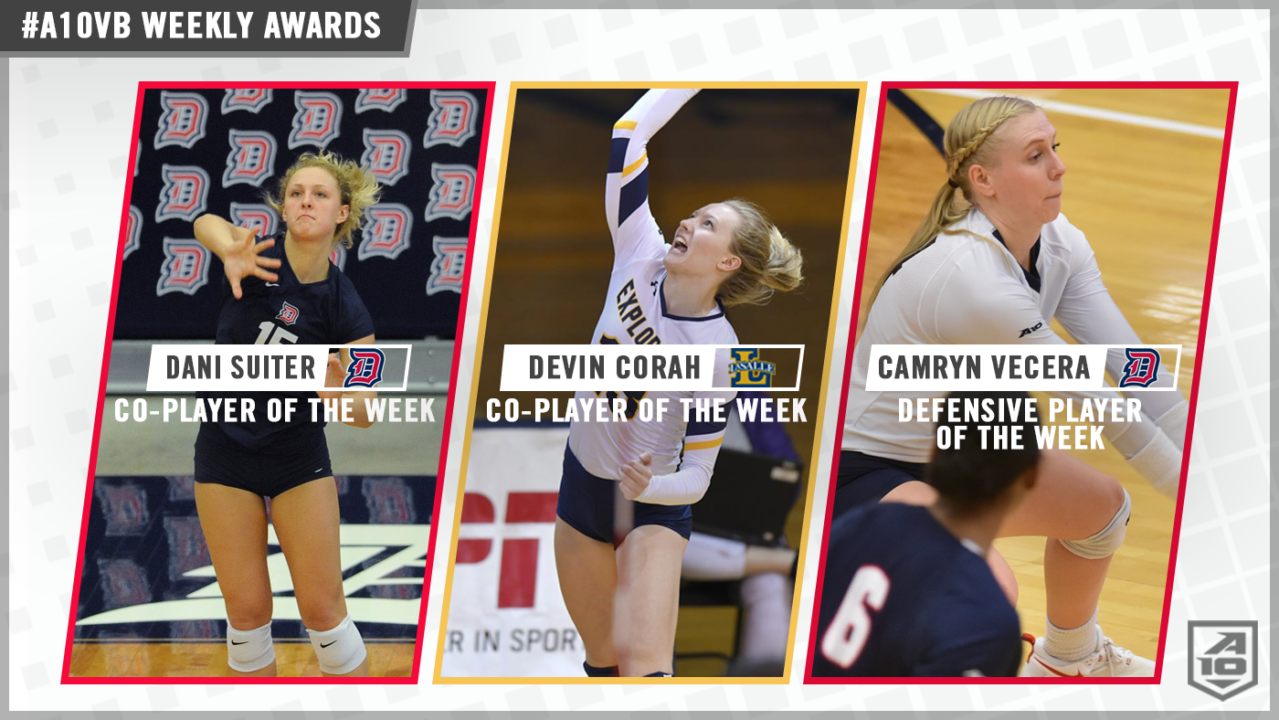 NEWPORT NEWS, Va.—Duquesne junior Dani Suiter and La Salle junior Devin Corah were named the Atlantic 10 Conference Volleyball Co-Players of the Week, while Duquesne senior Camryn Vecera was named Defensive Player of the Week. George Mason freshman ShaLi Niu was selected as the league’s Rookie of the Week. All awards were announced Monday and are for matches played Oct. 22-28.

Suiter recorded a total of 83 assists in a pair of 3-0 wins over Rhode Island and Fordham. The setter from Valparaiso, Ind., averaged 13.8 assists per set for the week.

Corah led the Explorers to a 2-0 week with 39 kills, averaging 5.57 kills per set and having a hitting percentage of .459. The outside hitter from Calgary, Alberta, Canada, recorded a season-high 25 kills in the 3-1 win over Fordham on Friday and then followed with 14 kills in a sweep of Rhode Island.

History has been made by junior Devin Corah! She becomes the ☝️ player in program history to pick up A-10 Player of the Week! 🔭🏐

Vecera averaged 6.00 digs per set for the week as the Dukes recorded wins against Rhode Island and Fordham. The libero from Plano, Texas, had 19 digs in a 3-0 win over Rhody followed by 17 digs in a 3-0 win against Fordham.

Niu, an opposite hitter from Laie, Hawaii, registered a double-double with 16 kills and 19 digs in Mason’s 3-1 victory over George Washington. She averaged 4.00 kills per set along with 4.75 digs per set and had five blocks in the win.