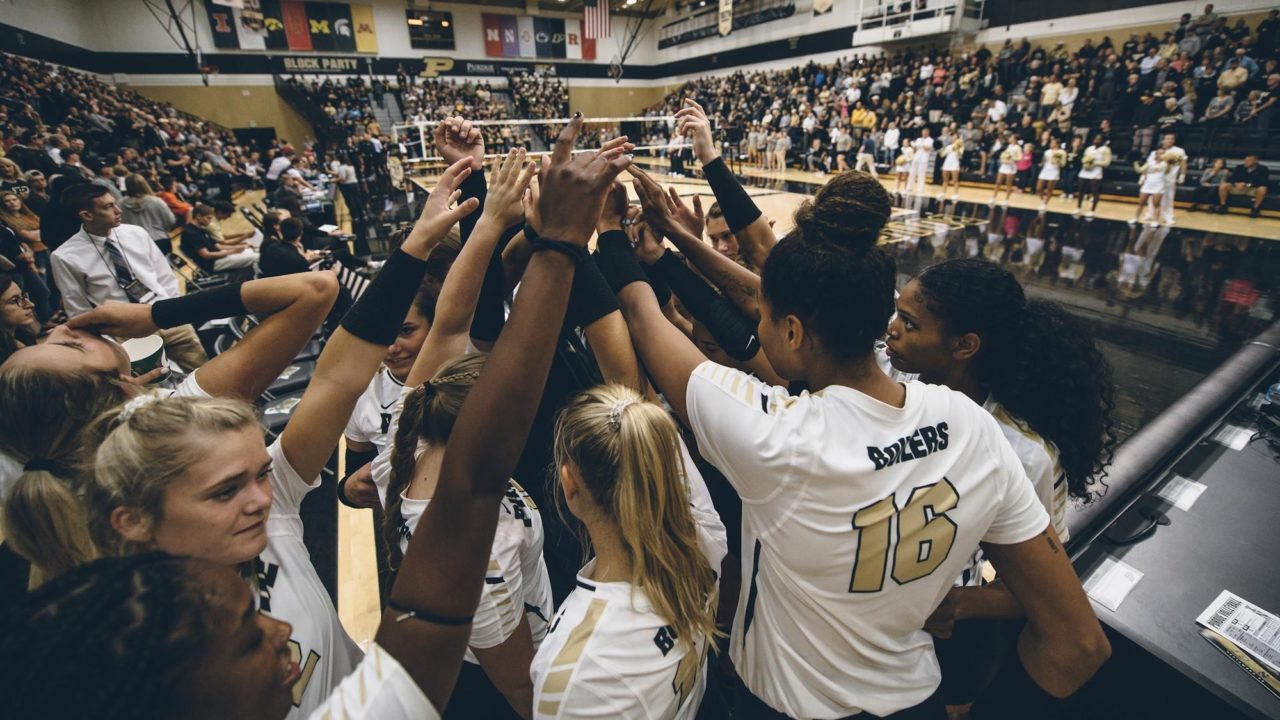 Purdue made a big jump from outside the top 20 to #16 behind a five-set comeback against Penn State. Archive Photo via Purdue Athletics

The latest week of action caused some shifting from near the top of the Big Ten along with some teams near the top of their league – like Pittsburgh, Cal Poly, Marquette, etc. Those results help created some moving in this week’s rankings, although the top three continue to carve out a comfortable spot: