Sun Continuing to Make Progress for Nebraska; No Plans of Redshirt 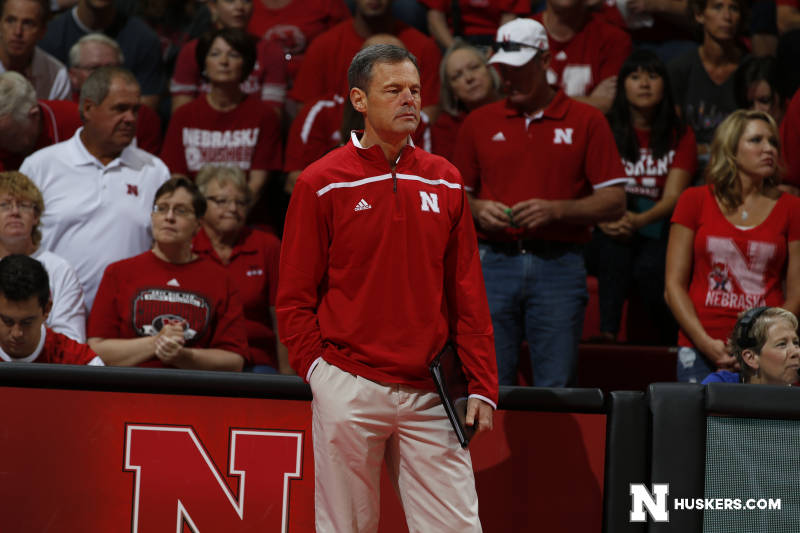 John Cook gave another update on Lexi Sun as we head into the fourth week of the season. Archive Photo via Scott Bruhn/Nebraska Communications

Another week in the books and still no Lexi Sun for Nebraska. The Texas transfer seems to be slowly progressing though, with the Huskers embarking on their final week of non-conference play.

According to Brent C. Wagner in an article on the Lincoln Journal Star, Sun is hitting more often in practice.

“We just keep cranking it up,” Cook told the Lincoln Journal Star. “She went through her first trash can (practice drill) on Saturday, so we’ll see.”

In regards to taking a potential redshirt after missing the first quarter of the season, Cook also told Wagner and the publication that “she wants to play, so we’re trying to get her ready to play.”

That’s not a complete denial of doing it down the road if the injury continues to linger, but it also sounds like that decision would not be made unless things weren’t progressing. Based on comments from Cook, it sounds as if Sun is getting closer to playing, even if it is a slow process.

Sun, a sophomore 6’2″ outside hitter, was the former Gatorade Player of the Year in high school and was an AVCA All-America Honorable Mention pick at Texas as a freshman.

All of the previous updates on Sun in order from most recent (top) to least recent (bottom) can be seen below:

Nebraska is currently 6-1 to start the 2018 season due to a six match winning streak. They’re also ranked 5th in the latest VolleyMob Top 25 Power Rankings and 4th in the AVCA Coaches Poll. If Sun’s debut were to come this week, it would either be against Central Michigan, New Mexico or Missouri State. Following this week, the Huskers head to Big Ten action.