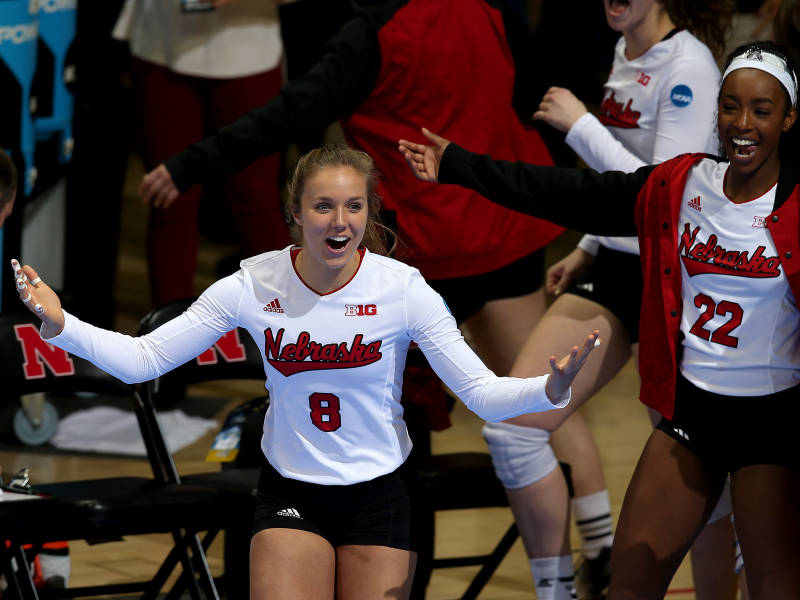 Brooke Smith played in her first official match for Nebraska since 2016 on Sunday, but Lexi Sun is still out for the Huskers. Archive Photo via Nebraska Athletics

The defending NCAA Volleyball National Champion Nebraska Cornhuskers had one key piece, Brooke Smith, make her debut against Iowa State on Sunday, but the other name that has been missing from their lineup, Lexi Sun, still didn’t see the court during a 3-0 sweep of Iowa State.

The NCAA initially denied her transfer waiver after Smith transferred back to Nebraska for her senior year. She played at Nebraska as a freshman and sophomore, but without an obvious path to starting setter for the 2017 season, she transferred to Big 12 rival Kansas State.

Smith is now back in Lincoln for her senior season, and after having her waiver denied just before the season opener, an appeal made her eligible for Sunday’s match.

Smith played in two sets in Sunday’s match as a service specialist. Her only official stat was 1 out-of-system set. She will likely spend the season continuing as a spot substitute and as a backup to freshman setter Nicklin Hames in what is a thin setter group for the Cornhuskers after the graduation of 2017 VolleyMob Player of the Year Kelly Hunter, and the transfer of Hunter Atherton to UNC.

While Smith’s return was a welcome site for Nebraska, another transfer, sophomore Lexi Sun, still hasn’t played this season while recovering from an undisclosed injury. She was a full participant in warmups, including a session-ending pancake dig, for the 2nd-straight week, so her return seems imminent with home matches against Central Michigan, New Mexico, and Missouri State on the schedule for next weekend.