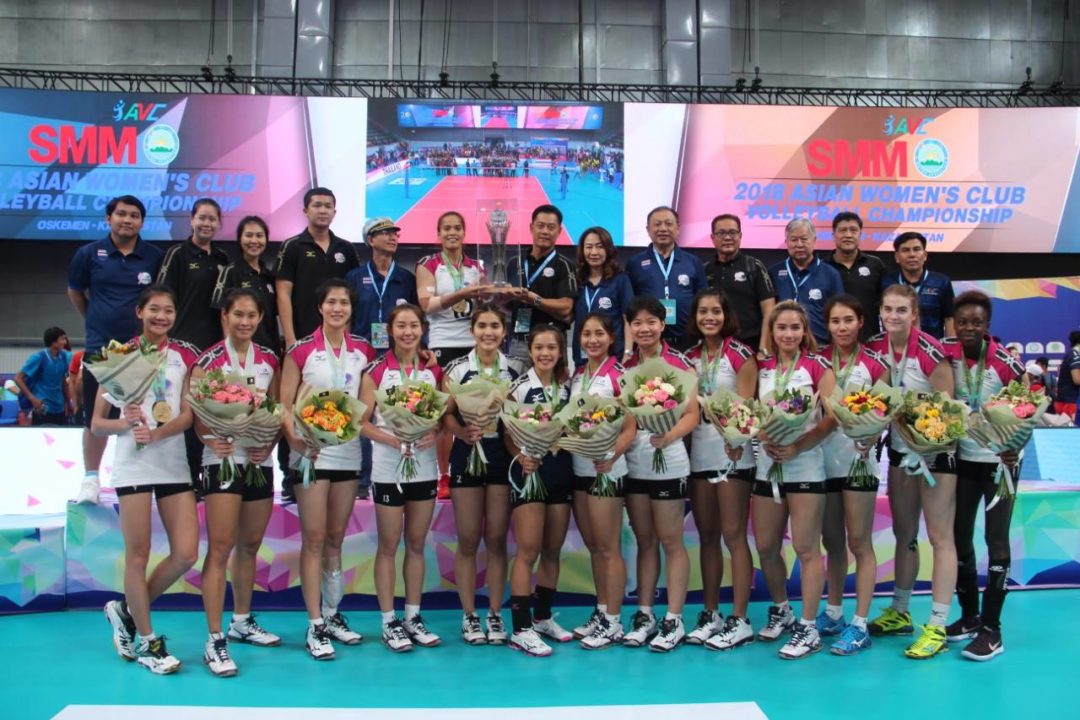 While they came in as the top seed of the Asian Club Championships, Supreme Chonburi of Thailand, dropped an early match to the NEC Red Rockets of Japan in Pool A in 5 sets. Supreme faced them again with the championship on the line. NEC jumped out to a 1-0 lead in a commanding 25-13 fashion. Though Supreme took the next pair of sets 25-21 and 25-18. NEC forced a tie-break with a 25-20 win in the 4th set, but dropped it 16-14.

Nanami Hirose of the NEC Red Rockets tried to carry the team on her back, but it fell just short. The player named Most Outstanding Opposite scored 31 points on 26 kills, 4 blocks, and a service ace. Misaki Yamauchi finished with 16 points on 14 kills and 2 aces. Captain Mizuki Yanagita contributed 15 points, and Kaori Ueno finished with 12. NEC had 20 more kills as a team than their opponents (73-53), but that was still not enough to pull out the victory. They gave 35 points from errors to Supreme, and only received in return. Supreme’s consistency down the stretch is what was the deciding factor.

Ajcharaporn Kongyot was named the tournament’s Most Valuable Player and was one of the players receiving the Best Outside Spiker award. She scored 21 points in the match and played all 5 sets. Her points came by way of  Supreme also got 21 points from Chatchu-On Moksri on 14 kills, 6 blocks, and a service ace. Supreme used 13 of the 14 players on the roster, trying to find the right combination in the right setting to counter Hirose’s dominating offensive display. American Taylor Sandbothe started the 1st and 5th sets (also played in the 3rd and 4th as a substitute) and finished with 1 point. Moksri and Kongyot were the only players to reach double-digit scoring for the Asian champions.