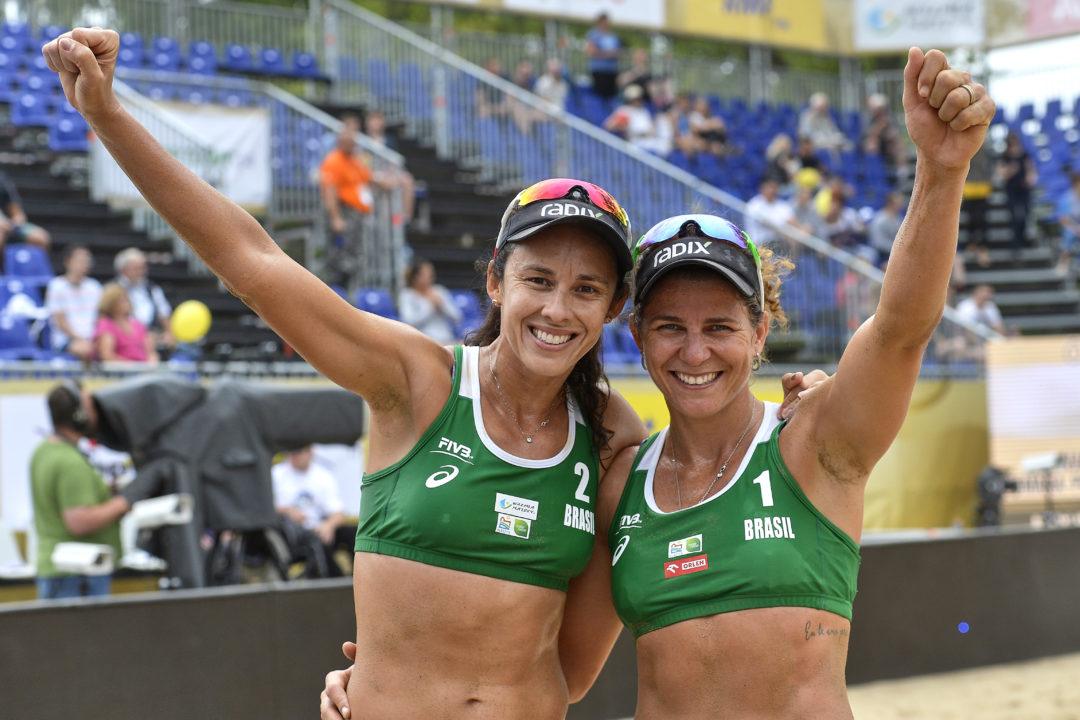 Talita Antunes has announced that she will be taking a break from the beach this season as she is four months pregnant. As for her partner, Larissa Franca, she intends to take the time to rest and revisit the idea of becoming a mother as well.

“We’re at an age when we have to make that decision,” said Antunes to Globo Esporte.

The duo has now been partnered up for four years, as they teamed up prior to the 2016 Rio Olympic Games where they finished in fourth place. Now, being post-Olympics it posed as the perfect opportunity for Antunes to consider and become pregnant. It was always discussed within their partnership that Antunes had a strong desire to be a mother, with Franca feeling the same way.

Currently, the state of the two players returning together following the pregnancy is up in the air, as Franca could decide to become a mother as well, while also teaming up with another partner in the meantime. Antunes continues to train to keep fit, saying she is going to have to come out full force once she has her son. As for Franca, she will be taking some time off from beach volleyball to consider her future as a mother and playing career in the sport itself.

At this moment, both Antunes and Franca have put the 2020 Tokyo Olympics in the back of their minds, focusing on what is happening now.

This past season, the duo was a force on the sand, taking the bronze medal at both the World Championships in Vienna as well as the FIVB World Tour Finals in Hamburg. Additionally, the pairing took the gold medal at the season-opening five-star event in Fort Lauderdale.