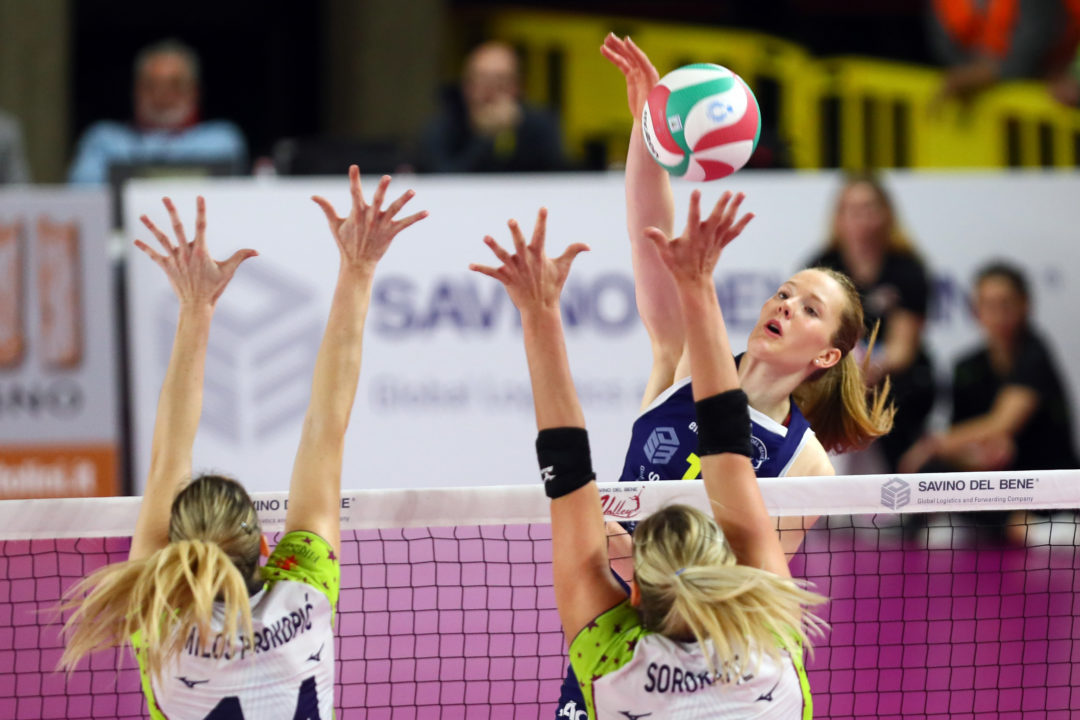 At just about the halfway point of the second half of the season, the standings are holding firm. The two CEV Champions League participants, Imoco Volley Conegliano and Igor Gorgonzola Novara, are still at #1 and #2 respectively. Despite the consistency in the standings, Lardini Filottrano came in this week with a thrilling five set victory over Igor Gorgonzola Novara, but unfortunately were not able to hold off Savino Del Bene Scandicci, losing 1-3. With only seven games left, teams are running out of time to make a statement in the standings.