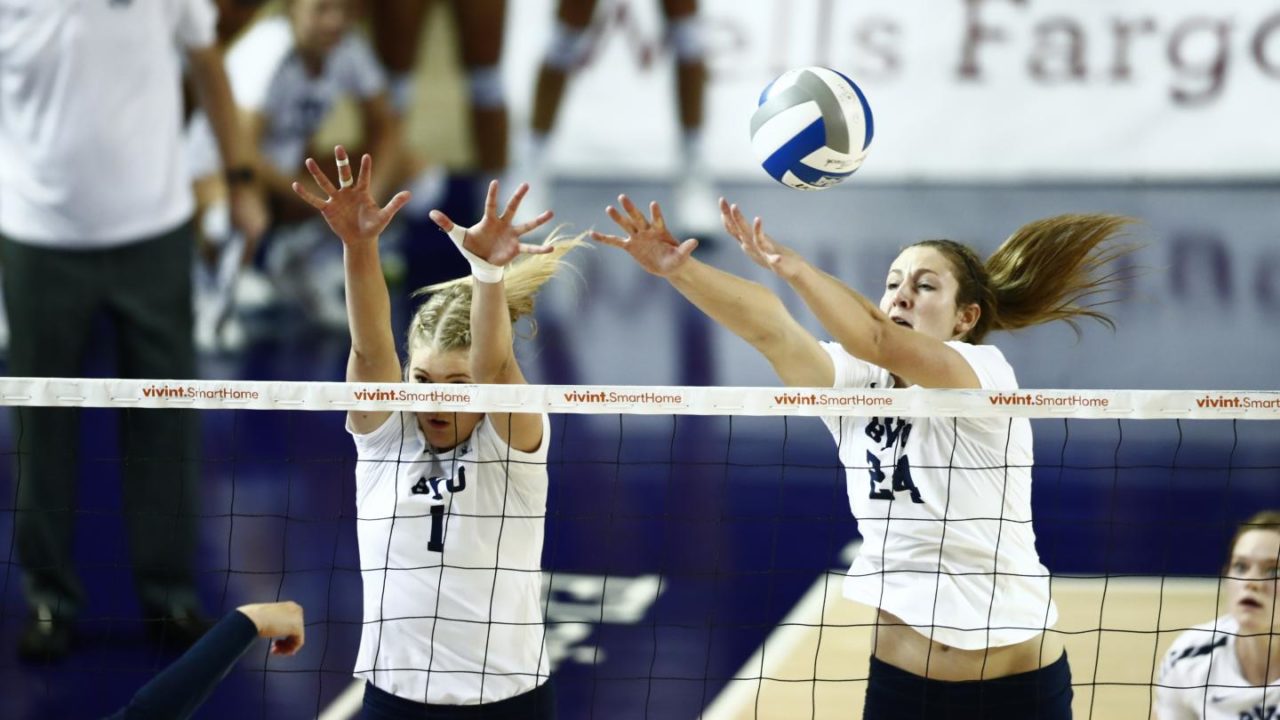 Taylen Ballard, pictured left, is starting the 2018 season on the mend as BYU looks to fill the void at the opposite position. Archive Photo via BYU Athletics/Volleyball

Talented 6’3″ sophomore pin Taylen Ballard missed the season opener for her BYU Cougars against the Duke Blue Devils – in what was a 3-0 victory for her squad.

The reasoning isn’t completely known, though back in July BYU head coach Heather Olmstead caught up with VolleyMob and said that she “finished the year with an injury so we’re looking to see her be healthy this year. We’re not sure where she’ll be come the beginning of the season but we’re looking for her to add to our team somewhere as long as she’s healthy and ready to go.”

Based on those comments and Ballard missing the opener, it does not appear that she is ready. It also could be a case of BYU taking the process as slow as possible to make sure with 100% certainty that Ballard isn’t at risk for re-injury.

With 6’7″ opposite Sara Hamson out indefinitely following knee surgery, Ballard is a viable candidate to be the team’s starting right side when healthy. Instead, in the opener the Cougars had to utilize more of an outside hitter in 5’10” Lacy Haddock, who was a bit undersized – especially compared to Ballard/Hamson – and posted three kills, six digs, three blocks and hit .143.

Ballard was the #21 ranked recruit by PrepVolleyball heading into last season when she didn’t appear in full action due to the injury but still totaled 48 kills and 19 blocks over 27 sets. She also hit .351.

BYU will continue their 2018 season tonight with another match against Duke. They are currently ranked 5th in the VolleyMob Top 25 Power Rankings.