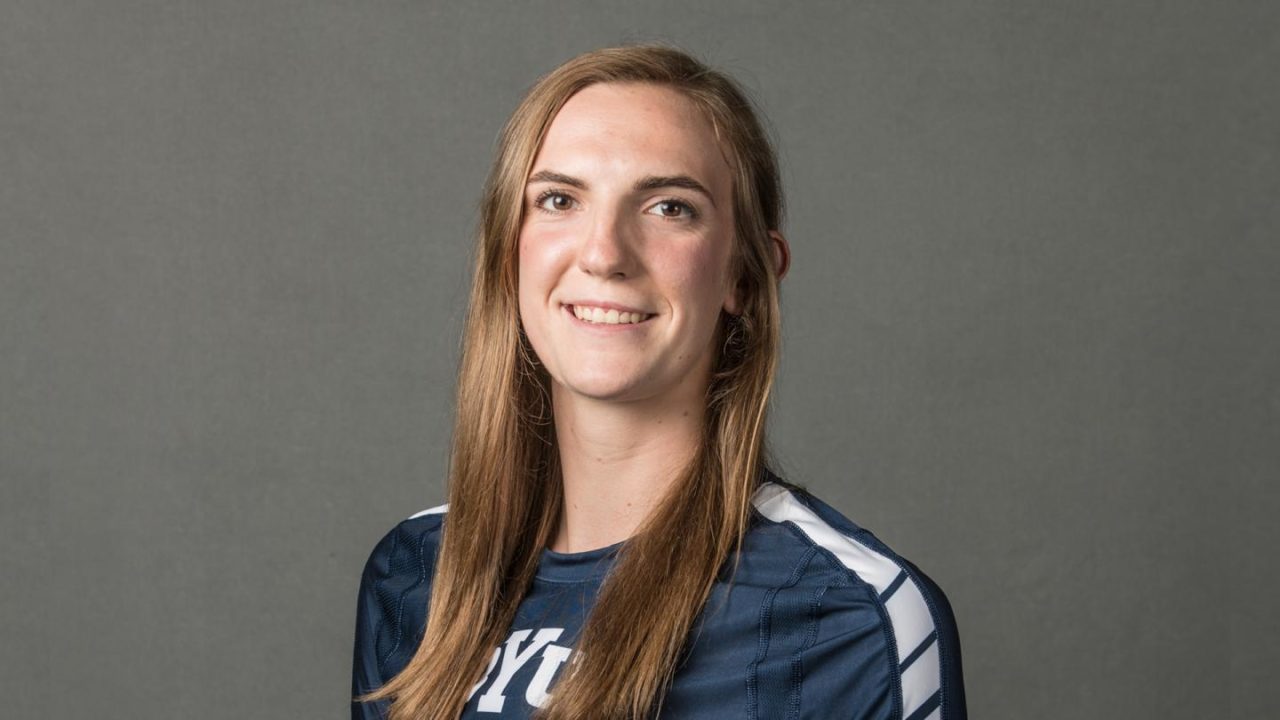 The 6'7" sophomore Hamson injured her knee. She is also on BYU's basketball team, where she led the NCAA in blocks last season. Archive Photo via BYU Athletics

BYU opposite Sara Hamson will be out ‘indefinitely’ with a knee injury, head coach Heather Olmstead announced last week. She has undergone surgery and is expected to make a full recovery.

“Sara had a great freshman year and contributed to our success last season,” Olmsteadsaid. “She’s worked hard over the summer and we were looking forward to seeing her on the court. I know she’s going to put in the work to get healthy again and we can’t wait to have her back.”

Hamson, a 6’7″ sophomore from Pleasant Grove, Utah, played in 15 matches last season, including 4 starts. She has 27 kills in 31 sets played, hitting at a .230 efficiency clip and assisting on 13 blocks.

She was among two candidates to take over at opposite this season, with the other being 6’3″ highly-recruited sophomore outside hitter Taylen Ballard, who might have fully claimed the spot last season too were it not for an injury. When Olmstead joined the VolleyMob podcast 2 weeks ago, it sounded as though Ballard had a slight edge in what was the most open  position in the Cougars’ starting lineup after they return 6 of 7 starters (Cosy Burnett at middle blocker is the one graduate). This injury should cement her position as the starting opposite, with the Cougars’ depth at outside hitter being enough to absorb the loss.

BYU’s only other listed opposites are 6’4″ junior Emily Lewis-Bushman (who played in 5 sets last season) or 6’2″  sophomore Allison Stapleton (who didn’t play at all last season).

Hamson also plays center on BYU’s basketball team, where she was named the defensive player of the year and led the nation in blocks-per-game with 4.3.

BYU didn’t indicate how long Hamson would be out for The Cougars will begin their season on August 18th with an exhibition match against Utah Valley before heading east to officially open their year with a double-header on August 24th and 25th against Duke in Durham.