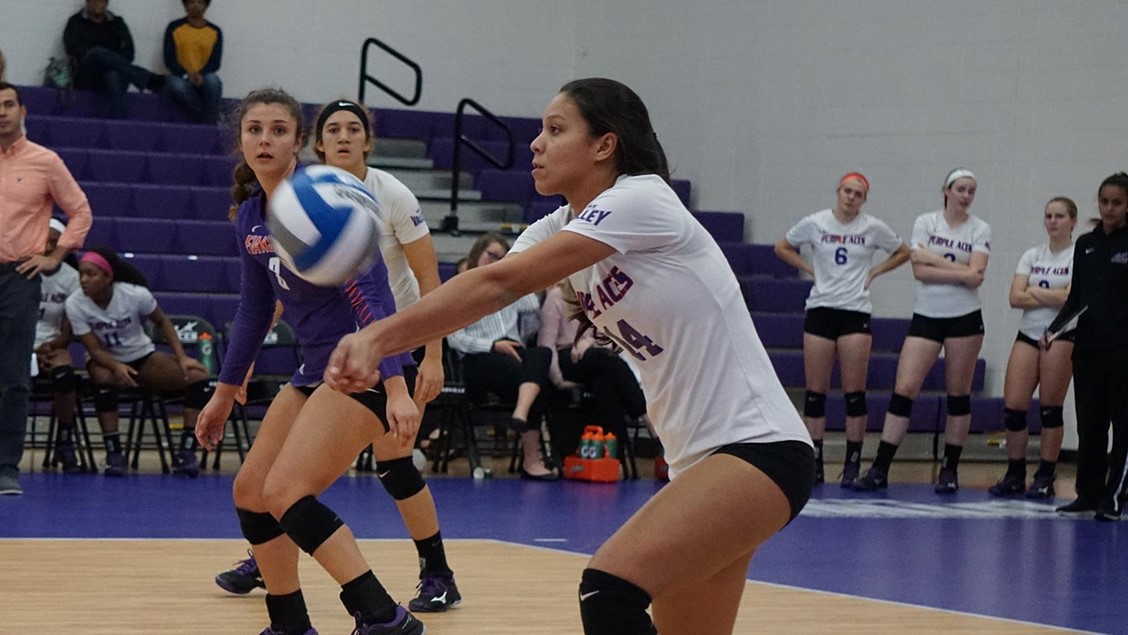 Karlie Taylor, Jr., OH, UNI
Karlie Taylor finished the regular season with two MVC matches that the Panthers split, losing to Evansville 3-2 before defeating Indiana State 3-0. Taylor totaled 49 kills, and 29 digs along with a .302 attack percentage in two matches. Taylor recorded 34 kills in the five-set defeat, finishing with a .289 attack percentage and recorded a team high 23 digs. The 34 kills are the most by a MVC player in a match this season.  Taylor backed up Friday’s performance with a 15-kill outing against Indiana State, finishing with a .333 attack percentage and six digs.

Recording 49 kills and 29 digs last week with a .302 attack percentage, Karlie Taylor of @UNIVolleyball is the #MVCVB Player of the Week!

Her 34 kills against UE are the most for a player in the league this season. pic.twitter.com/uBYb7EEVhn

Allison Ketcham, Sr., OH, Valparaiso
One of the nation’s most prolific outsides in the digs category since the inception of the libero, Ketcham surpassed 20 digs in both of Valpo’s wins last weekend. She tied for match-high honors with 21 digs in the win over Missouri State Friday and followed with 22 digs in the victory over Southern Illinois. Ketcham, who has now surpassed 20 digs in three of the last four matches and six times overall this year, now has 1,875 career digs, just 12 shy of Sara Silcox (who played her last three seasons at Valpo at libero) for fourth in program history in career digs.

Alondra Vazquez, Fr., OH, Evansville
Freshman Alondra Vazquez had an excellent weekend as the Purple Aces made history with their second-ever win over UNI.  In Friday’s win over the Panthers, Vazquez recorded 25 kills and 25 digs, both career highs.  She added two aces, two block assists and an assist.  In the efficient effort, she hit .279 in the 5-set win.  Evansville took Drake to five sets on Saturday and Vazquez added 14 more kills and 19 assists.  She notched two block assists and one solo block.  For the weekend, Vazquez led UE in kills and digs with 3.90 and 4.40, respectively.