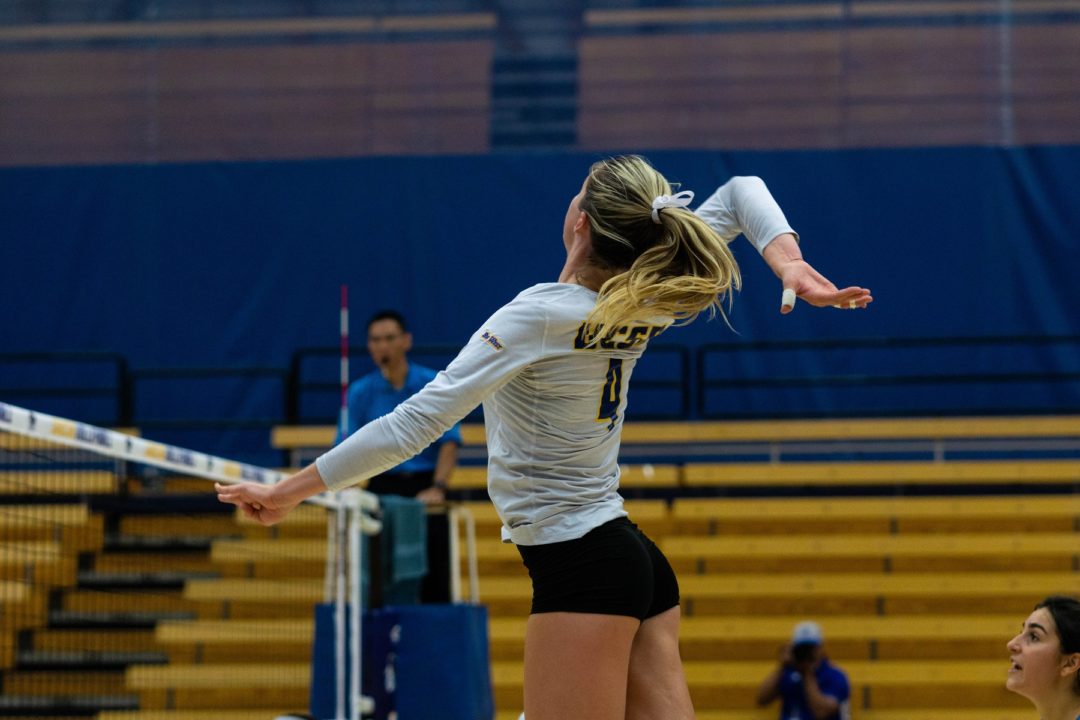 • Ruddins hit an efficient .357 over the two matches, with 37 kills and only seven errors in 84 attempts.

• Against the Highlanders, she punished them for 22 kills, 17 digs, three aces and three blocks.  She swung at a .360 (22-4-50) clip against UC Riverside, her second-best hitting percentage during Big West play.

• Her 22-kill, 17-dig effort versus UCR represented her 15th double-double of the year.

• The 22 kills against UCR marked the fifth time in her career that she had that many in a three-set match.

• Ruddins finished the season with a career-high 575 kills, the fourth-most in a single-season in UCSB history.

• It is the ninth career weekly honor for Ruddins, who is now tied for third all-time in Big West history with former All-Americans Danielle Scott of Long Beach State and Elsa Stegemann of Pacific.

.@UCSB_Volleyball close out the regular season with the nods for Offensive and Freshman #BWCAOTW.

• Reyn Akiu collected her third Big West Women’s Volleyball Defensive Player of the Week honor as the Hawai‘i senior averaged 4.71 digs in a pair of wins over UC Irvine and UC Davis.

• The 5-foot-3 libero/defensive specialist led UH’s defense with 33 total digs.  She had a team-high 15 digs against the Anteaters and topped the squad with 18 versus the Aggies.

• Akiu also dished out seven assists over the two contests.

• Akiu finished with double-digit digs in all but one match during the regular season.

• Olivia Lovenberg closed out her first season in a UC Santa Barbara uniform with her third Big West Women’s Volleyball Freshman Player of the Week award.

• Lovenberg dished out 38 assists to go along with eight digs, two kills and an ace against the Titans.

• She handed out 42 helpers against the Highlanders, her highest total in any three-set match this season.

• Lovenberg added 11 digs against UCR to secure her ninth double-double of the season.

• With 1,197 assists, Lovenberg becomes the first Gaucho to lead the Big West in total assists since 2004.