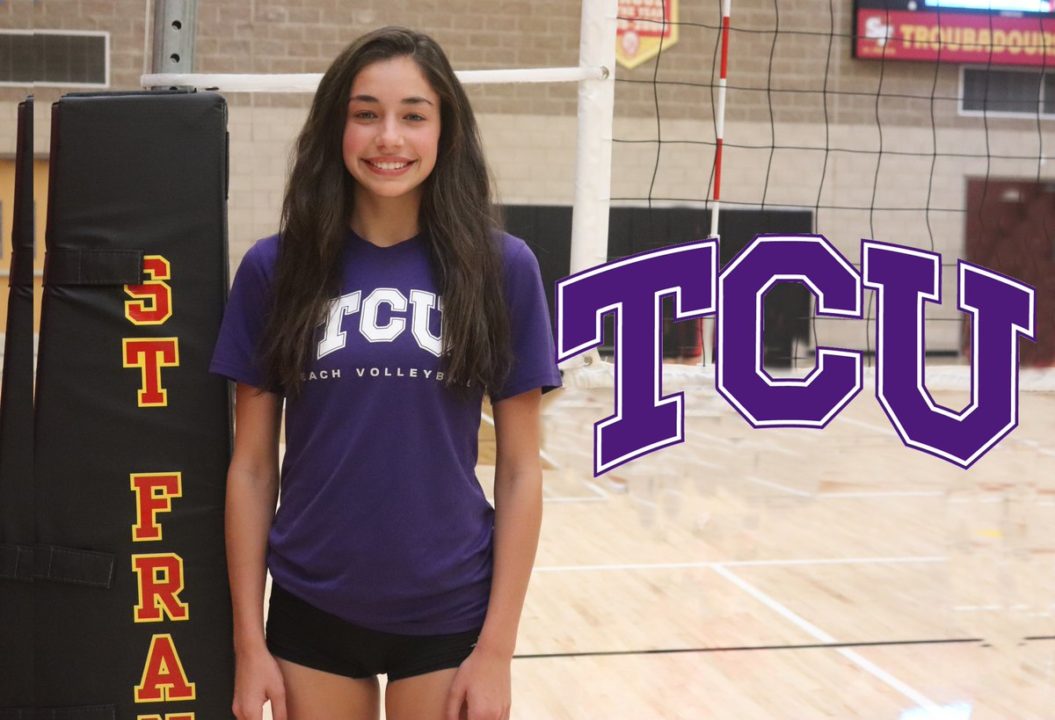 Class of 2019 recruit Kathryn Kramer has committed to the Texas Christian University (TCU) beach volleyball program, with intention of signing her National Letter of Intent on signing day coming up in November. Kramer will therefore have her freshman season with the Horned Frogs come the spring of 2020.

“I liked the environment at TCU,” Kramer said in a release from her high school. “Everyone supports all the sports programs and I felt at home when I went there.”

St. Francis senior @kathrynkramerr has made a verbal commitment to @TCUBeachVB and will sign with the program on National Signing Day. https://t.co/6SoMyzgo34 pic.twitter.com/ikIQt8mlt3