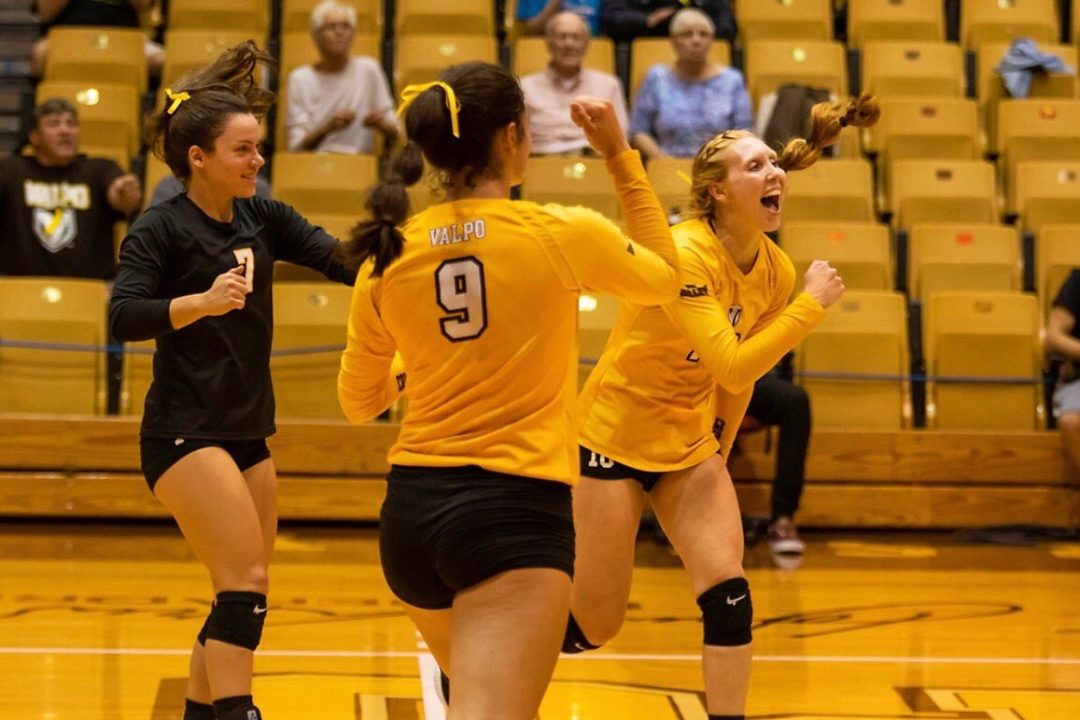 UNI remains unbeaten in MVC action and sits 8-0 in league play, while Illinois State claimed a 3-1 win over Valparaiso to take sole possession of second place in the MVC standings.  Current Photo via Valparaiso Athletics

Alone at the Top

UNI remains unbeaten in MVC action and sits 8-0 in league play. The Panthers are 8-0 for the first time since the 2011 season, when the team went a perfect 18-0 in conference play.   UNI has only dropped three sets in league play, posting a 24-3 mark in conference sets.

UNI’s RPI improved four spots to No. 16 this week. Entering this week, the Panthers are one of only four teams nationally to have seven matches against teams ranked in the Top 25 of the RPI, joining Texas, USC and Creighton. UNI is also one of only 17 teams nationally to have at least two Top 25 RPI wins and is the only one not ranked in the AVCA Top 25 poll. UNI’s schedule is rated as the 6th toughest nationally.

Illinois State took care of business in front of 1,800 fans and claimed a 3-1 win over Valparaiso to take sole possession of second place in the MVC standings.

Bradley extended its home win streak to nine matches with Friday’s victory over Loyola, marking the team’s longest home win streak since winning 10 consecutive home contests between the end for the 2001 season (2) and the first eight home matches of 2002.  The nine home victories are the most for the Braves since posting a 10-5 home mark at Robertson Field House in 2005.

On Friday, Missouri State’s 20th consecutive October victory also served as the 503rd in Melissa Stokes’ career, tying her with former UNI coach Iradge Ahrabi-Fard for second all-time in total wins among MVC coaches. Stokes can move into second place all by herself with a win over UNI Saturday.