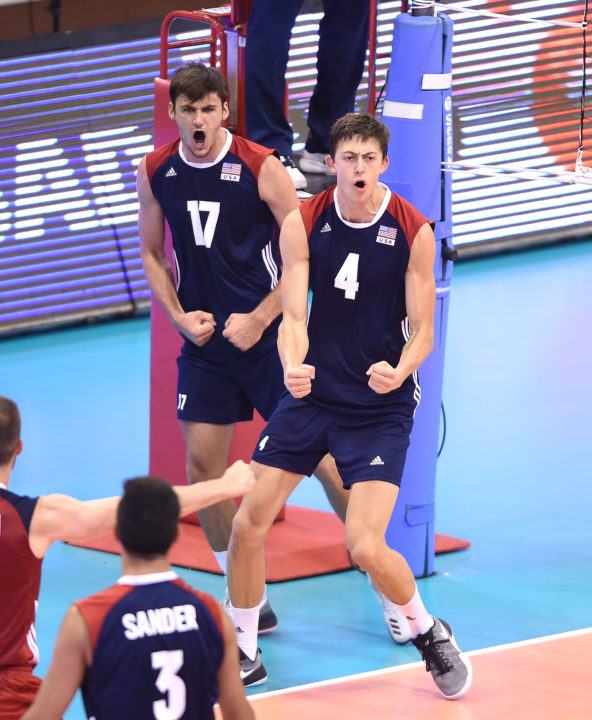 Jeff Jendryk (#4) will compete for Team USA at the Pan Am Cup. Current Photo via FIVB

The United States is sending a very youthful group of men to the 2017 Men’s Pan Am Cup this week, though some already have a list of international competitions under their belt. The team will be run by Rob Neilson, who has been the assistant coach for the U.S. Men’s National Team this summer.

A number of players on the roster just completed their collegiate careers or still have more eligibility in the NCAA, making the U.S. team an up-and-coming squad.

Earlier this month, two players named to the Pan Am roster competed for Team USA in their fourth place finish in the World League – Jeff Jendryk and Jake Langlois.

Kyle Ensing, Brenden Sander, Evan Enrique and Scott Stadick have been a part of the USAV High Performance youth and junior national teams.