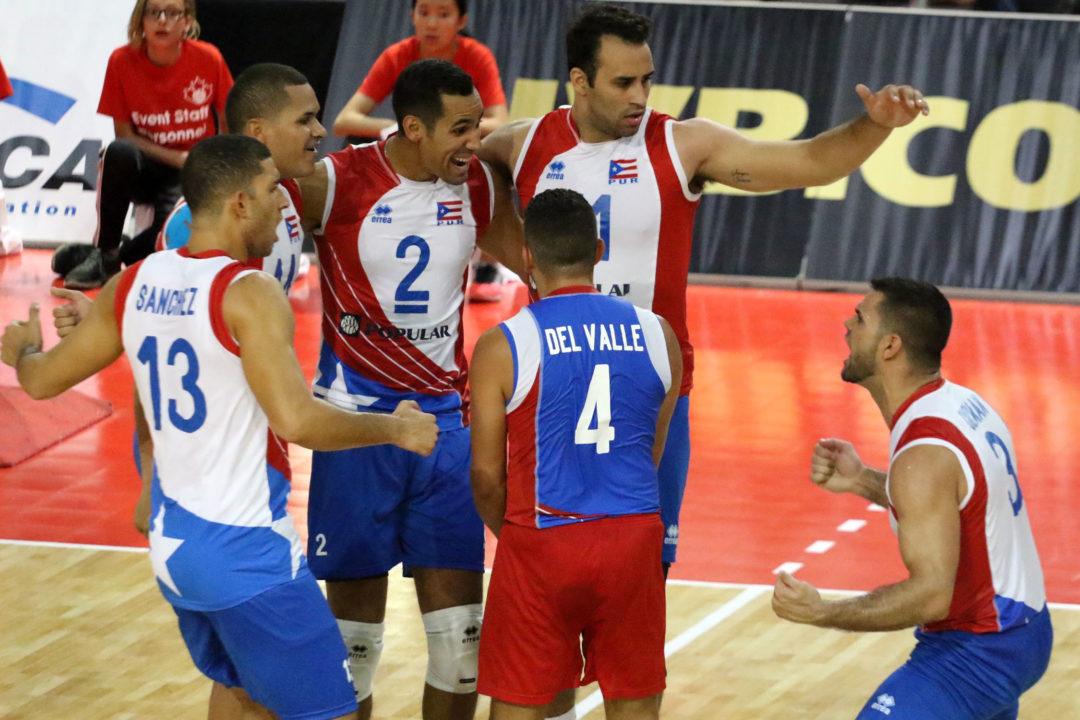 The Pan American Cup will have a new champion in 2017 after Puerto Rico upset defending champs Cuba in four sets on Saturday. Meanwhile, Argentina continued to roll with a sweep of Canada, having not dropped a single set in the tournament en route to a 4-0 mark. Current Photo via NORCECA 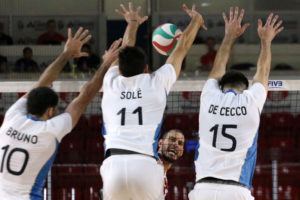 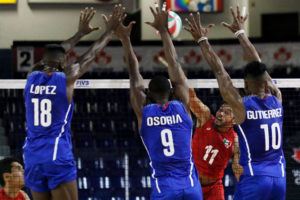 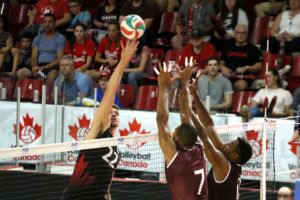 After back to back silver medals at the Pan Am Cup, Argentina began its push for more with an easy sweep of Puerto Rico. Meanwhile, home-standing Canada bested Venezuela in four sets to wrap up Day 1 action in Pool B.

By advancing to the final, the Puerto Ricans have secured their best finish since taking silver in 2007 and first podium finish since earning bronze in 2010.

The Argentines will be looking for their first Pan Am Cup title after taking the runner-up spot four times, including each of the last two years (2010, 2012, 2015 and 2016). Argentina has earned a podium finish at each of the last five events.

With the losses, Canada and Cuba drop into the bronze medal match. The Canadians finished third in 2016 and also earned bronze in 2006 and 2011, the last time the event took place on their home soil. The Cubans, which won the title in 2016 and 2014, will be vying for their first bronze medal since 2007.

Bruno Lima chalked up a match-high 14 points as Argentina swept its way into the finals with a dominating win over Canada.

Lima put down a match-leading 12 kills and two blocks as his team led the Canadians 40-30 in kills, 12-7 in blocks and 1-0 in aces. The Argentines also had help from 22 Canadian miscues, while committing just 11 of their own.

“Canada usually starts well, but they lack experience and make many mistakes,” Argentine coach Julio Velasco said. “That made our job easier, but our team also played well. We need to improve certain things, especially in the opening set. It’s very important to play these matches. We haven’t played in a long time. I don’t want to predict who will win the final. It’s a bad omen, but it will be a better match to prepare for the South American Championships.”

“We played Argentina, one of the better teams in the world, six sets total, and three of which we were right there with them, and the other three sets we saw the big gap between where we want to be and where we are right now,” Canadian coach Larry McKay said. “I’m not saying we’re at that level because we’re not, but it was exciting to be in there. Their coach is a legend in international volleyball and having him around the gym in Gatineau all week has been tremendous.”

“The team played fantastic,” Torres said. “I personally had a lot of ups and downs, but the team pulled together. Everyone from the first guy on the court to the last guy on the bench played a role in today’s match, and to make history like this – being able to win a medal for the first time in seven years is a great, great opportunity for us in the first tournament of the new Olympic cycle. So things are looking up, which was exactly what we were hoping for.”

Miguel Angel Lopez scored a match-high 16 points for Cuba, including 13 kills, two blocks and an ace. Miguel David Gutierrez added 14 points, with 12 kills, a block and an ace. Javier Ernesto Jimenez chipped in nine points, including a team-leading six blocks.

“We played extremely bad,” Cuba’s Nicolas Vives said. “They were very anxious and desperate. Our substitutes were very inconsistent and the reception continued to be our weakest point. We had what it takes to win this match, but Puerto Rico played better and they deserve the win. We will come back tomorrow and fight for a medal, one of our goals here. Puerto Rico is a strong rival and we need to prepare better for next time we meet at the World Championships qualifier.”